James Pattinson would have been a shoo-in for Australia's first Test against Pakistan, says Shane Warne 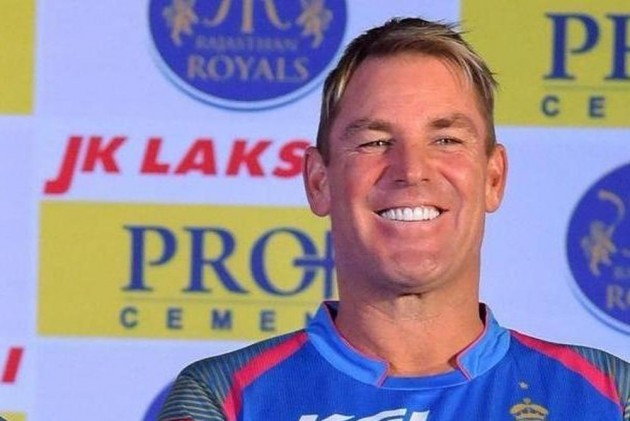 Australia legend Shane Warne is "disappointed" to see James Pattinson miss the first Test against Pakistan through suspension but feels the team are in decent nick ahead of the series. (More Cricket News)

Paceman Pattinson was found guilty of a level two breach of Cricket Australia's code of conduct for abuse of an opposition player in the Sheffield Shield.

The incident, which occurred in Victoria's clash with Queensland in Melbourne, marked a third breach in 18 months, which triggered two suspension points and a one-match ban meaning he will miss the Brisbane Test that starts this week.

Warne, Australia's leading wicket-taker in Test cricket, would have had Pattinson in his line-up.

"It's disappointing, I'd pencilled him in for the first Test," Warne told reporters.

"I thought he was okay in the Ashes, not at his best, but he did a good job. I still think he's in our best three fast bowlers, though, when he's at his best.

"So, really disappointed to lose him before the Gabba, I think that would have suited him. [Josh] Hazlewood and [Pat] Cummins pick themselves, they're as good as anybody in the world those two, and then Pattinson I thought with Nathan Lyon is such a fantastic combination, there's so much variety and just relentless pressure with those three.

"It's a huge loss. It probably means Mitchell Starc will play, he's in good form as well. It's great to have those competition for spots - because it's not easy you don't just pencil in 'this is who we've got', we've got choices.

"It's probably the first time in a while we've had choices with fast bowlers, first time we've got choices with batsmen - so I think Australian cricket is in pretty good shape, I thought they did well in England."

Australia are about to embark on a home summer having spent much of the year in England for the Cricket World Cup and the Ashes.

A run to the World Cup semi-finals was followed by the tourists retaining the urn in a drawn 2-2 series and Warne feels the side have decent form.

"I was disappointed to lose the last [group] game against South Africa in the World Cup, I reckon if we'd have beaten South Africa and ended up on top and played New Zealand it could have been a different World Cup," he added.

"It would have been nice to win 3-1 in the Ashes, I thought we deserved to win that rather than 2-2, but a fantastic English summer for the Aussies, World Cup semi-final and retaining the urn was pretty good so they're in good form leading into first Test match."

On the make-up of the squad, Warne was surprised to see Cameron Bancroft selected after he made just 44 runs across two matches in the Ashes but was happy on the whole.

"I would have liked to see Marcus Harris included, I thought he deserved another chance, he's been in pretty good form," Warne said.

"Joe Burns, I like that selection. A little surprised with Cameron Bancroft being in the squad. Whether he gets the nod we'll have to wait and see, a little surprised after his form against England."