Matthew Hayden, who opened for Australia with Justin Langer, is part of the Pakistan support team. Australia clash with unbeaten Pakistan in the T20 World Cup semifinal in Dubai on Thursday. 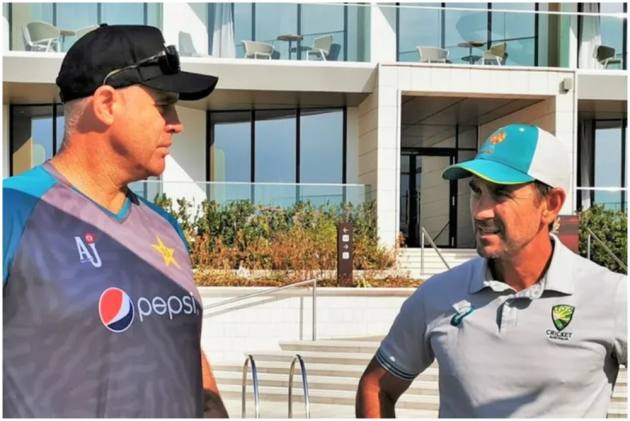 Knowledge exchange is now an international norm rather than an exception. Like football, hockey and rugby, top coaches are not restricted by international boundaries. The Indian cricket team had its tryst with overseas coaches like Duncan Fletcher, Gary Kirsten and Greg Chappell. Kirsten was head coach when India won the (50-over) World Cup in 2011.

From head coaches to specific skill trainers, former cricketers have played their roles with national teams. This T20 World Cup 2021 has been no exception. Teams from the sub-continent, India of course was an exception with Ravi Shastri as chief coach, have employed overseas head, batting and bowling coaches. Even physios and trainers.

Pakistan is counting on a former Aussie legend to get the better of Australia and enter the ICC Men's T20 World Cup 2021 final in Dubai. The winning side will meet New Zealand in the final on Sunday. The Kiwis defeated England in the first semifinal in Abu Dhabi on Wednesday.

Matthew Hayden will be in the Pakistan dugout when Babar Azam leads the Green Shirts out against Aaron Finch's Australia. Hayden is Pakistan's batting consultant and he isn’t just vying to guide his side to a third ICC Men’s T20 World Cup final.

Hayden will also be coming up against his home country, for whom he was the tournament’s top-scorer in the 2007 T20 World Cup, and Hayden will also face his former opening partner Justin Langer, now Australia’s head coach.

For Hayden, it will be a strange feeling for him to come up against his old team. 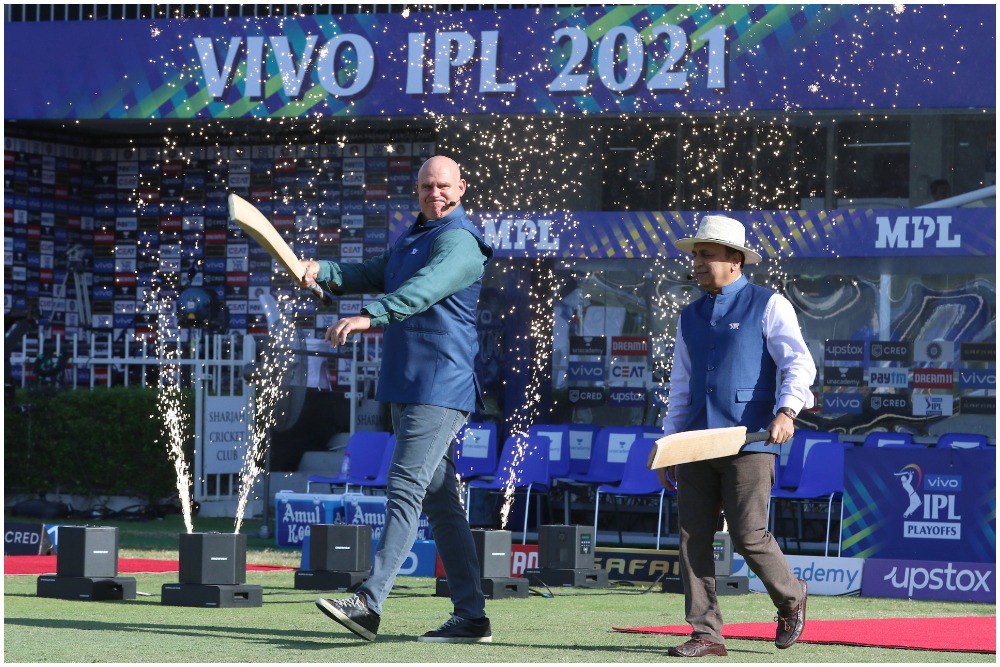 The burly former left-handed opener, who plied his trade in the IPL both as a player and commentator, said: “It is a very unusual feeling, I was a warrior for Australian cricket for over two decades, so that does give me the benefit of having wonderful insights not only into these players but also into the culture of cricket in Australia.

“We have some incredible young players, a mix of wonderful, experienced players in our lineup, and they and the team are performing admirably.” 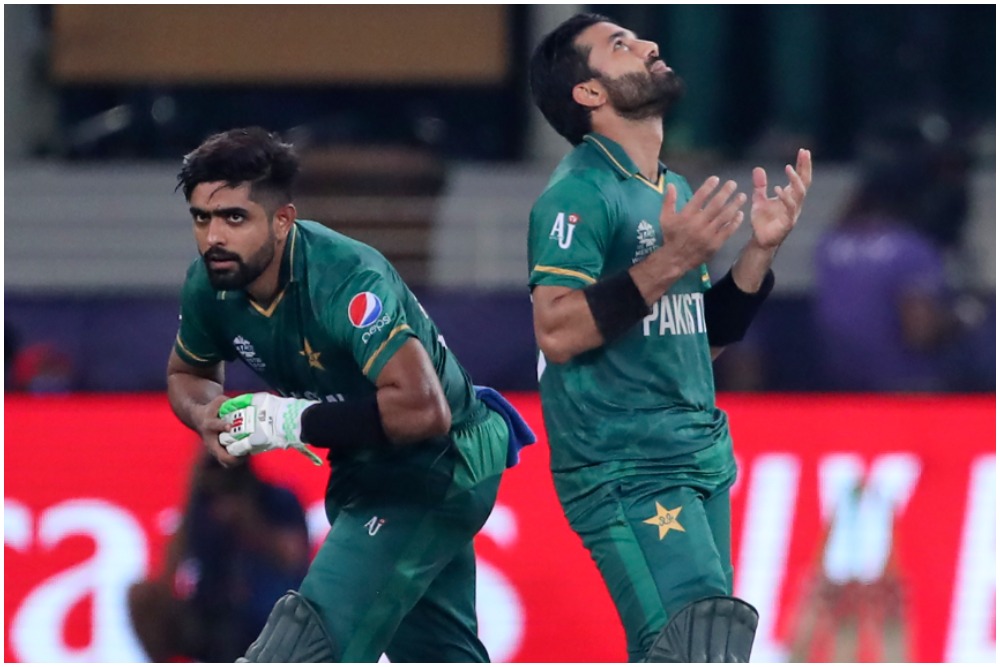 One of the highlights of Pakistan's performance in the T20 World Cup in UAE has been their batting. Babar Azam and Mohammad Rizwan have been on song and it was due to their partnership that Pakistan secured a historic first (10-wicket) win against India in World Cups.

Pakistan are unbeaten in this World Cup and have looked balanced in terms of batting and bowling. Azam has led the team brilliantly and a bunch of experienced men like former captains Shoaib Malik, Mohammad Hafeez and Sarfaraz Ahmed has given the team solidity.

Pakistan have had lots of stars as they emerged from Group 2 of the Super 12s unbeaten and Hayden believes Fakhar Zaman could be the next to go stratospheric.

Hayden said: “Fakhar has I think been the standout outfielder for our team, as well. He saves literally five to 10 runs every game, and five to 10 runs within a T20 concept and batting lineup, include your own runs maybe 20s and 30s here and there, means that overall he's just been such an important part of the side.

“Don't be surprised if you see something incredibly special from him (vs Australia), as well, because he is smashing the ball in the nets. 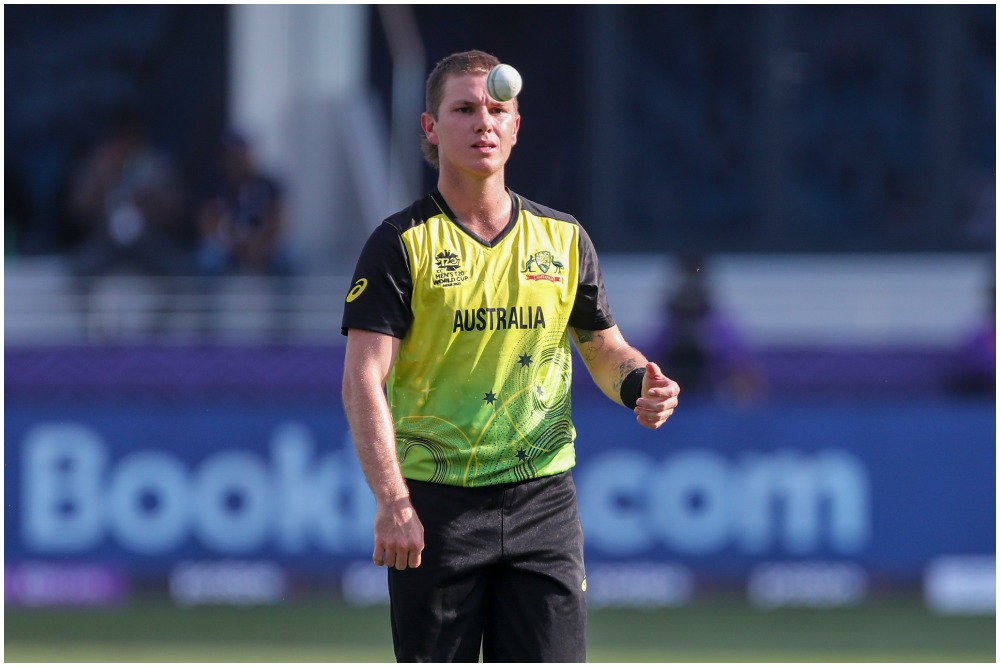 “In particular, if you look at a potential matchup against Adam Zampa, who's been the leading wicket taker in the ICC Men’s T20 World Cup, I think that is a fantastic target, an opportunity for Fakhar to really dominate and position Pakistan in a strong competitive state.”

For Australian captain Aaron Finch, he is pleased to see another Australian great on the international stage. Finch said: “I think it's great to see the greats of Australian cricket crossing over into other countries and helping out as much as they can.

“I think we've got a rich history of great players helping our countries in terms of franchise cricket, so that's brilliant.” Finch identified a positive powerplay as the key to Australia’s success in Thursday's game in Dubai.

“I think what we've seen over the course of the tournament is how important the powerplay is for batting and bowling,” he said. The stats around the middle overs and the death overs are pretty similar throughout, but the powerplay definitely holds the key.

“Shaheen (Shah Afridi) has been in really good form for Pakistan, so that's going to be a crucial battle no doubt.”