The right-handed batsman from Delhi has so far scored 10,385 runs in 219 ODIs at an average of more than 59 with the help of 39 centuries. 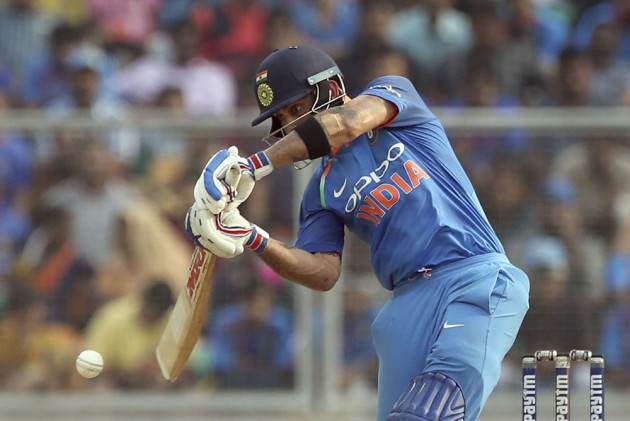 Virat Kohli is already one of the greatest cricketers, but he is likely to finish his career as the greatest ODI batsman ever. In fact, former Australian captain Michael Clarke thinks that the India captain is already the greatest in the 50-over format, at least.

"To me, Virat Kohli is the greatest batsman to have ever played one-day cricket. I have no doubts after seeing what he has achieved for India," Clarke, himself a former World Cup-winning captain, told PTI in an interview.

Kohli, 30, led India to the first-ever series wins in Test and ODI in Australia. And he is the number ranked batsman in both Test and ODI.

India Decimate Australia In Both Test And One-Day Cricket

The Thing About Kohli’s Bouncers

The right-handed batsman from Delhi has so far scored 10,385 runs in 219 ODIs at an average of 59 plus, including 39 centuries.

Clarke, who played 115 Tests and 245 ODIs for Australia, is an unabashed Kohli fan.

"You have to respect Virat's passion to win games for his country. Yes, he has aggression but no one can question his commitment, how much he has achieved. He is the greatest in ODIs," Clarke said.

Another former Aussie captain Ian Chappell claimed that Kohli "would be the Sir Donald Bradman of ODI."

Unlike Clarke, Chappell minced numbers to hail the Indian captain. Writing for ESPNcricinfo, the Chappell statistically compared Kohli's numbers as against the feats achieved by Sachin Tendulkar, and other batting greats like Viv Richards and AB de Villiers.

"Kohli already heads some important statistical categories. If he were to continue at his current rate - an unlikely outcome as he ages - he would pass Tendulkar's aggregate with more than one hundred innings to spare and nearly 20 centuries in advance of the Little Master.

"If he even came close to achieving these amazing feats, there could be no argument: Kohli would be the Sir Donald Bradman of ODI batsmen," he wrote.