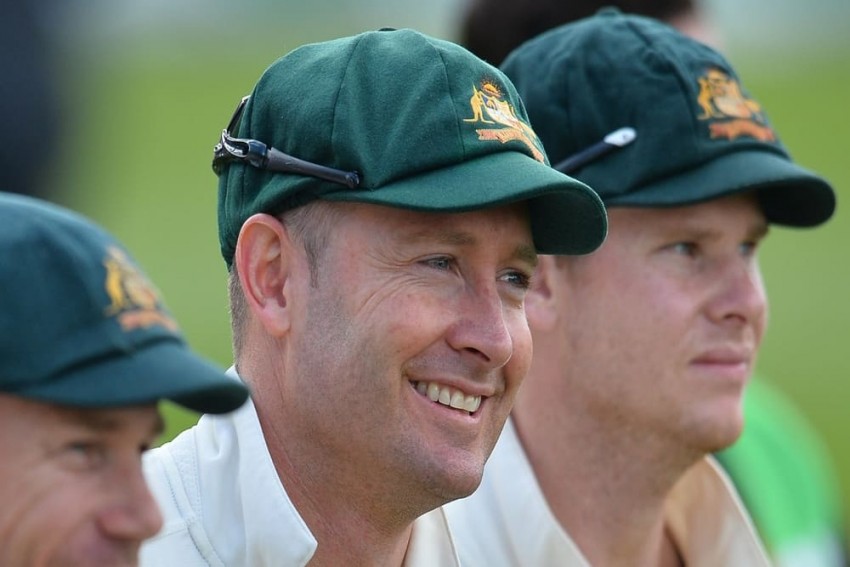 Not convinced by the Australian bowlers' clarification in the 2018 ball-tampering episode, former captain Michael Clarke on Wednesday said the quartet missed a very important detail in an otherwise "smartly worded" joint statement -- their involvement was hinted at by a former teammate and not outsiders. (More Cricket News)

READ: Aussie Bowlers Call For An End To 'Rumour Mongering

Sticking to his stand that the bowlers, who were part of that team, were aware of the plot to tamper with the red cherry during the infamous Cape Town Test against South Africa, Clarke said their statement finds no mention of the incident's chief protagonist, Cameron Bancroft, and the Australian team's former bowling coach, David Saker.

The four bowlers - Pat Cummins, Mitchell Starc, Josh Hazlewood and Nathan Lyon - found themselves caught in a storm triggered by Bancroft's recent comments hinting that they were aware of the plot.

"I knew when I made my comments about what Cameron Bancroft's quotes were it was more than likely going to offend certain people," Clarke said on 'Sky Sports' radio.

"It certainly was not done personally from my perspective, particularly with the four bowlers concerned, I'm good friends with all of them."

Bancroft, in a recent interview, had claimed that team's bowlers could have been aware of the illegal plot. He has since backtracked from his statement after Cricket Australia offered a reinvestigation.

Clarke, one of the world's top batsmen during his time, cited Saker's comment, that even he could have been blamed for the fiasco, to drive home the point of collective responsibility.

"I think there have been a number of people, past players, journalists who have made comments based on what Cameron Bancroft said and then what David Saker, the bowling coach, as well had said. I think that is what's really important after seeing the joint statement," Clarke said.

"The one thing that stands out for mine in that statement (is) they forgot how this conversation was brought up. It was comments from a teammate Cameron Bancroft who was involved in the situation and then quotes from David Saker who was the bowling coach at the time.

"After journalists and past players like myself, Adam Gilchrist and Stuart Broad, a current player, had seen what was said and written, a lot of people have made comments."

Bancroft had been caught on camera using sandpaper on the ball in the third Test against South Africa in 2018. The trio of Bancroft, then skipper Steve Smith and his deputy David Warner were banned for their roles in the scandal.

While Bancroft was handed a nine-month ban, Smith and Warner were suspended for a year each.

Clarke added, "I think those guys and Cricket Australia need to remember how this conversation has been brought up...you probably should have put current teammate who was there at the time and did the crime and bowling coach who was there too. You probably left two people out.

"This statement is very smartly worded and written so I'm not going to sit here and continue to talk about every word in that statement. I've said what I've said. It certainly was not personal towards them. I said what I said because that's what I believe."