The medical exemption allowed Novak Djokovic to compete in Australian Open 2022 regardless of his vaccination status for COVID-19, but it wasn't everything the Serbian needed to enter Australia. 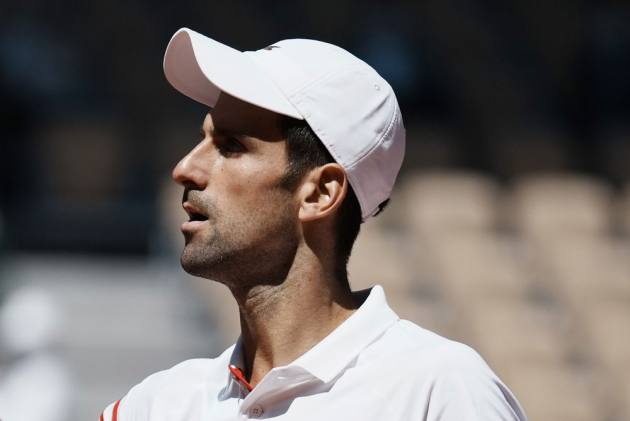 With so much focus on getting the medical exemption he needed to fly into Melbourne to defend his Australian Open title, it seems Novak Djokovic may not have paid enough to attention to his visa. (More Tennis News)

The medical exemption allowed the top-ranked Djokovic entry to the tournament regardless of his vaccination status for COVID-19, a subject he has declined to clarify amid months of speculation he could miss the season-opening major unless he can prove he’s had two doses of a coronavirus vaccine.

But it wasn't everything he needed to enter Australia, which has strict border regulations in place for the pandemic.

Melbourne’s The Age newspaper reported that Djokovic had landed Wednesday before midnight local time at Tullamarine Airport, but his entry was delayed because of a mistake with his visa application. Two hours later, local media reported he still hadn't cleared the border.

Speculation of a possible issue with the visa emerged while Djokovic was in transit and escalated with mixed messages from federal and state lawmakers.

Djokovic's revelation on social media that he was heading to Australia seeking a record 21st major title sparked some debate and plenty of headlines on Wednesday, with critics questioning what grounds the nine-time Australian Open champion could have for the exemption and backers defending his right to privacy and freedom of choice.

Australian Open tournament director Craig Tiley defended the “completely legitimate application and process” and insisted there was no special treatment for Djokovic.

The Victoria state government-mandated that only fully vaccinated players, staff, fans and officials could enter Melbourne Park when the tournament starts on January 17th.

Only 26 people connected with the tournament applied for a medical exemption and, Tiley said, only a “handful” - estimated at about five - were granted.

The names, ages and nationalities of applicants were redacted for privacy reasons before each application for a vaccine exemption was assessed by two independent panels of experts, and Tiley noted Djokovic is under no obligation to reveal his reason for seeking one.