After winning the first two T20I matches, India presented themselves with a golden chance to whitewash Australia again. Check match and telecast details 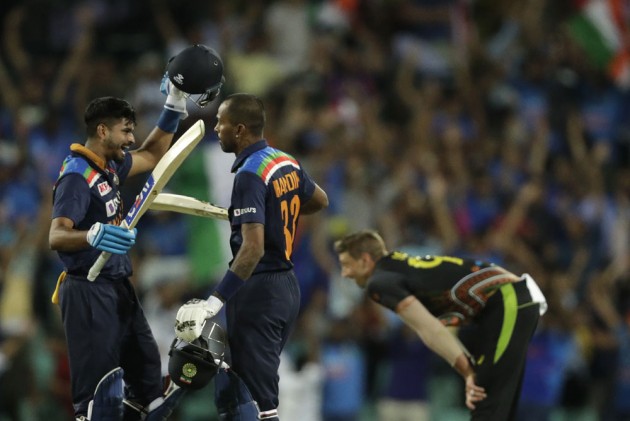 India sealed the three-match T20I series on Sunday with a Hardik Pandya special. Now, India can complete the hammering. A whitewash. A second series clean sweep Down Under.

After a disappointing start to the tour, India hit back to turn the table on the hosts. Now, they can inflict more woes on the Aussies, who have lost three matches on the trot, across formats -- two in Canberra and one in Sydney.

Virat Kohli, who will play one more match before returning home, will hope for a disciplined outing from his side. A 3-0 win in the T20Is will boost their confidence as they get ready for the four-match Border-Gavaskar Test series.

“The next game is going to be more exciting. We won the series but we still want to be professional and we are going to come out and be fearless,” Kohli said after India beat Australia by 11 runs at the Sydney Cricket Ground.

And Wade sounded optimistic despite the defeat, which he blamed on the poor finish with the bat. He said, they "are playing good T20 cricket."

"We have good players, unfortunately, we didn't have guys like Starc and Hazlewood last night which will hurt any team, but on the flip side it's a real positive that guys are getting experience at international level," Wade added.

For the record, having recorded 11 consecutive win T20Is, India will want to close the year unbeaten in the shortest format of the game.

Pitch: Forecast is for an ideal day of cricket with mild and comforting weather. Expect another run fest.

Team news: India are expected to field the same XI. But Australia are dealing with a spate of injuries. After David Warner's injury, they lost Mitchell Starc, who pulled out due to illness in the family. Then, surprisingly, Matthew Wade led the team as Aaron Finch too struggled with his fitness. Yet, Australia are likely to field an unchanged XI. But, if Finch regains match-fitness, he will return to lead the side. In that case, D'Arcy Short will be left out.