Australia expect to have Steve Smith fit for the first Test of the series against India, who named their XI on the eve of the day-night contest in Adelaide. 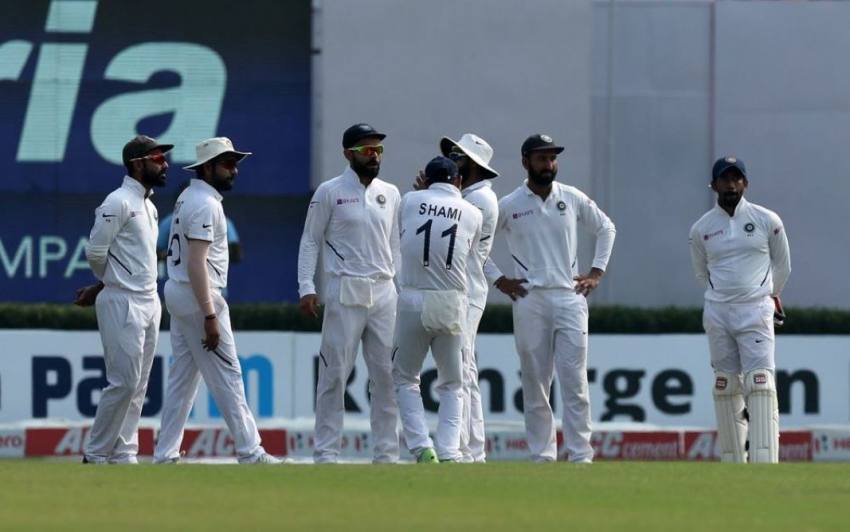 Australia and India begin their four-Test series in Adelaide on Thursday, with opening batsmen for both teams in the spotlight ahead of the day-night contest.  Tour Schedule | Photo Gallery | News

Already without the injured David Warner, Australia were seemingly set to hand an international debut to Will Pucovski until the 22-year-old was ruled out due to concussion.

Pucovski was struck by a bouncer while playing for Australia A in the first of two warm-up fixtures against India, forcing the hosts to think again over their options at the top of the order.

Captain Tim Paine confirmed on the eve of the game that a decision has been made on the final XI, though he would not reveal it. Joe Burns – who managed just five runs in the tour games when playing for Australia's second string – is expected to keep his place.

Matthew Wade could be promoted to fill the other opening spot. In the middle order, Australia are hopeful Steve Smith will be fit to play. Hampered by a bad back in the build-up, the former skipper did practise on Wednesday.

Coach Justin Langer backed Wade to produce as an opener prior to the series, calling him Australia's "Mr Fix It" as he told the media: "He can definitely do it. We've just got to work out what the best makeup of our team is going to be."

Cameron Green is set to play in his first Test having been a doubt himself due to concussion. The 21-year-old – who has scored 363 runs at an average of 72.6 in the Sheffield Shield this season – is "pretty good to go", according to Paine.

India - holders of the Border-Gavaskar Trophy who will aim to seize on any vulnerability in the home side - have announced their line-up.

Mayank Agarwal, who scored 177 runs in his two Test appearances in the triumphant 2018-19 series on Australian soil, will open along with Prithvi Shaw, meaning no place for Shubman Gill.

Virat Kohli is captain, of course, but this will be his only Test outing on the tour. The talismanic batsman is to return home after the pink-ball game to be present at the birth of his first child, with Ajinkya Rahane set to take over in charge of the team for the remainder of the trip.

Kohli will hope to depart on a winning note, and for that to happen India's pace bowlers will be key. Umesh Yadav, Mohammad Shami and Jasprit Bumrah are the trio selected, while Wriddhiman Saha is the wicketkeeper ahead of Rishabh Pant.

India have announced their XI for the opening #AUSvIND Test

What do you make of this side? pic.twitter.com/R86KZkdgFk

Australia and India will be playing against each other in a day-night Test for the first time. They are the only two sides with a 100 per cent winning record in such fixtures, albeit the visitors have played in just one - and that was on home soil - compared to seven for Australia.

India's second game with Australia A was played under floodlights in Sydney, with Rahane noticing a difference to how the pink ball behaves during the switch from natural to artificial light.

"Batting in twilight, those 40-50 minutes is the key. If you bat well in that period, it becomes really good," India's vice-captain said, according to ESPNCricinfo.

Kohli has scored six hundreds in 12 Tests on Australian soil, four of which came in a sensational tour in 2014-15 that saw him finish with an outstanding average of 86.5.

However, India's captain will only get one game to make an impact on this series. His departure will leave a huge hole in the batting line-up, though that does also offer an opportunity for someone else to step in and fill the void.

They will at least still have Cheteshwar Pujara, the star performer in Australia two years ago when averaging 74.42 to be named player of the series, helping India record a famous 2-1 triumph.

- India secured their first Test series triumph away in Australia when they last visited (2-1 result in 2018-19) ending a drought of 11 series (D3, L8) without success.
- Australia have won 10 of their last 12 series at home (L2). As well as India, the other team to prevail there were South Africa, by a 2-1 scoreline in 2016.
- Nathan Lyon (50) needs six more wickets to equal Shane Warne (56) for the most in Tests at the Adelaide Oval. His best match figures at the ground came against India (12-286).
- Marnus Labuschagne has a Test batting average of 85.4 on Australian soil. Only two players (with a minimum of 10 innings) have managed better: Donald Bradman (98.2) and Adam Voges (86.3).