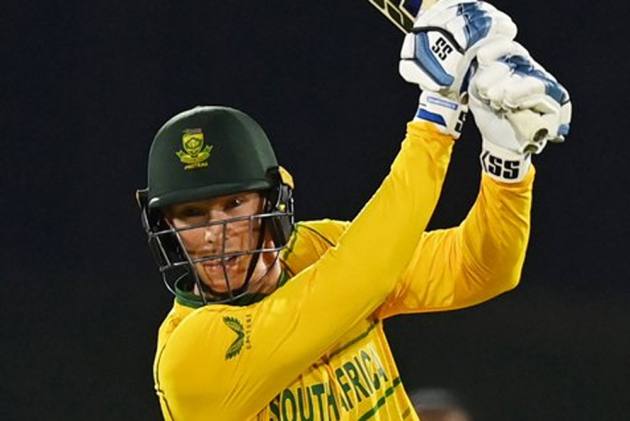 India have done it. Pakistan have done it. So thus England and Sri Lanka. West Indies have done it twice. Australia and South Africa, along with New Zealand are the other so-called big teams yet to win the ICC T20 World Cup. Now, they have another chance in the 2021 edition. (More Cricket News)

Australia and South Africa clash in the first match of the tournament proper, the Super 12. By the way, this is the second phase of the tournament after the first round, which also served as the extended qualifier. ICC has strange ways of doing things. Well, that's another story. For the '12 super teams', the tournament begins October 23. And, it's a heavyweight clash.

The closest that Australia and South Africa came close to winning the tournament was their semi-final appearances. Aussies were beaten twice in the last-four stage, in 2007 and 2012. The Proteas, often the chockers, were semi-finalists twice too, losing both -- in 2009 and 2014.

Yet, despite contrasting build-up, both sides enter the tournament as two of the favourites.

South Africa have won three consecutive series against defending champions West Indies, Ireland and Sri Lanka and both their practice games. But it has been a horror run for the Aussies. They have lost bilateral series to Bangladesh, West Indies, New Zealand, India and England. In the warm-ups though, it was 1-1. They beat New Zealand then lost to India.

This will be their 22nd meeting. Australia lead the head-to-head record 13-8. In the last meeting, Australia beat South Africa by 97 whopping runs in Newlands (26/2/2020).

Overall, Australia have played 146 matches, winning 73 of those. Three matches ended as no results.

South Africa are on a seven-match unbeaten run. They have won 82 of the 142 matches played so far since the advent of T20. There was one no result in their fixtures.