A marginal no-ball call off the final delivery bowled by Jhulan Goswami found India on the wrong side of the result in the second match. Australia lead 2-0. 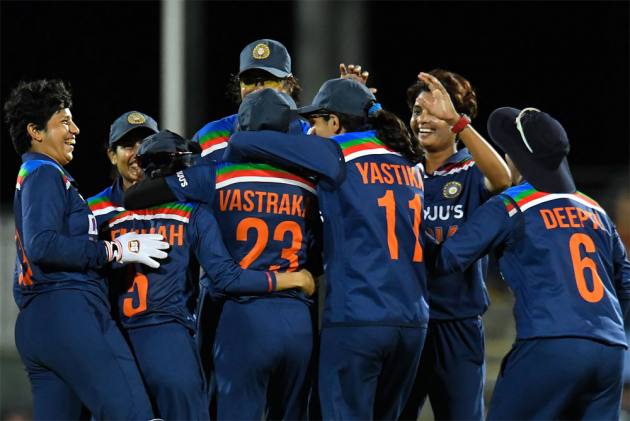 India's under-fire bowlers will need to put up a much-improved show as they face the ignominy of a clean sweep against an Australian team, which is looking for its 27th win on the trot, during the third and final women's ODI at Mackay on Sunday. (More Cricket News)

A marginal no-ball call off the final delivery bowled by Jhulan Goswami found India on the wrong side of the result in the second WODI.

The match indeed was a humdinger but not being able to defend a total as big as 274 after having the home team on the mat for the better part doesn't speak highly of Mithali Raj's outfit.

There is a trend in cricket, the sides that snatch defeat from the jaws of victory in close games like India did on Friday, end up losing both momentum and confidence in their next few games.

The manner in which Beth Mooney, who opened in absence of Rachel Haynes along with Tahlia McGrath and Nicola Carey, snatched the game away would hurt for a long time. And they could do it with ease without any contribution from one of their best batters Alussa Healy and the iconic captain Meg Lanning.

India's bowling attack barring Goswami, who is in a league of her own, hasn't delivered throughout 2021. A lot of it is due to the fact that the Indian cricket establishment failed to find a worthy new ball partner for Goswami once Amita Sharma left the scene a decade back.

Shikha Pandey is very hardworking cricketer but could never measure up to the level of being a regular partner for Goswami and neither the likes of Mansi Joshi, Puja Vastrakar, Monica Patel could instil any confidence.

Niranjana Nagarajan was put in cold storage by the cricket system and Meghana Singh is still raw and requires time to deliver.

The spin department was India's strength but stronger opposition teams have now measured up how to play Poonam Yadav's loopy leg breaks and thus she has largely become ineffective.

Deepti Sharma, at least in bowling, has been consistent but is more of a restrictive bowler without skill-sets to run through an opposition.

One could sense a bit of complacency in Yadav, who seemed to have taken her place for granted knowing that there aren't good enough replacements in the horizon.

Ditto for Deepti, whose overall game hasn't improved one bit in the last four years since the 2017 WODI World Cup. She still gets stuck in the middle overs where the team loses momentum and this happens even after playing in all big T20 leagues across the globe.

How Mithali, who herself is facing the heat because of her pedestrian strike-rate, would manage to lift the team is the big question.

She has scored a lot of half-centuries of late but save the one that came in an inconsequential win in England, most of those runs has added to her growing tally of 20,000 plus international runs without much help to the team.

If India lose this series 0-3, chances of which look imminent, then they would have lost nine out of their last 11 50-over games which isn't the best preparation going into the WODI World Cup in New Zealand early next year.

Mithali and Deepti are the two weak links in this batting line-up when it comes to scoring runs at a quick clip. They have in the past year wasted an awful lot of deliveries putting the other batters under tremendous pressure and the below-par team totals have made it even more difficult for the bowling attack.

It could be said that Indian captain's run-out after scoring 8 off 23 balls proved to be a blessing in disguise as Smriti Mandhana and Richa Ghosh could again up the ante which was lost after Shafali Verma's departure.

In case Harmanpreet Kaur is available, it would be great but the Indian vice-captain has also been in poor form so no one knows how much of a difference will it make in such a situation.