Australian white ball specialist Jason Behrendorff played the most-recent of his 11 one-day internationals and seven T20 internationals in England this year. He hit form during the Cricket World Cup in England in June, taking a career-best 5-44 against the hosts at Lord's. 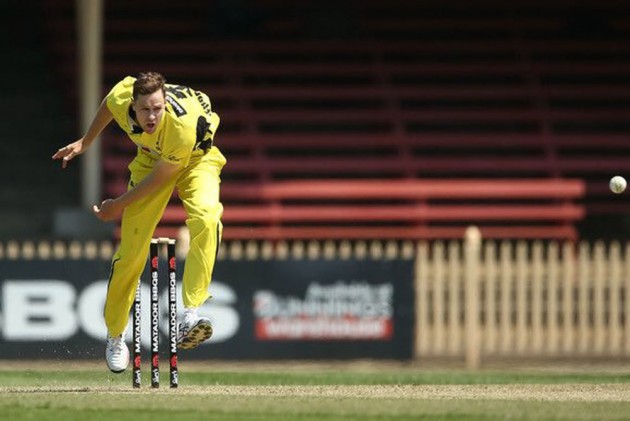 Australia fast bowler Jason Behrendorff is to undergo spinal surgery and will miss all of the 2019-2020 home season.

White ball specialist Behrendorff played the most-recent of his 11 one-day internationals and seven T20 internationals in England this year. He hit form during the Cricket World Cup in England in June, taking a career-best 5-44 against the hosts at Lord's.

He returned to Australia in increasing pain from a lumbar stress fracture which has troubled him since 2015.

After discussions with specialists and Cricket Australia medical staff Behrendorff has chosen to travel to New Zealand to have surgery next week under spinal surgeon Rowan Schouten.

"After a lot of thought and discussion we've decided that surgery is the best opportunity to find a more permanent fix," Behrendorff said.

"I'm feeling good about the surgery, I've spoken to a number of Aussie and Kiwi bowlers who've had a similar surgery and they were all very positive about the results.

"This particular procedure has had good success rates in other professional pace bowlers with similar reoccurring issues."

Behrendorff's Australia teammate Pat Cummins is among those who has benefited from the surgery.