Megan Schutt (3/24), thus, became the first Australian women to claim a hat-trick in ODIs. Her feat enabled Australia women to bowl out West Indies women for a paltry 180. 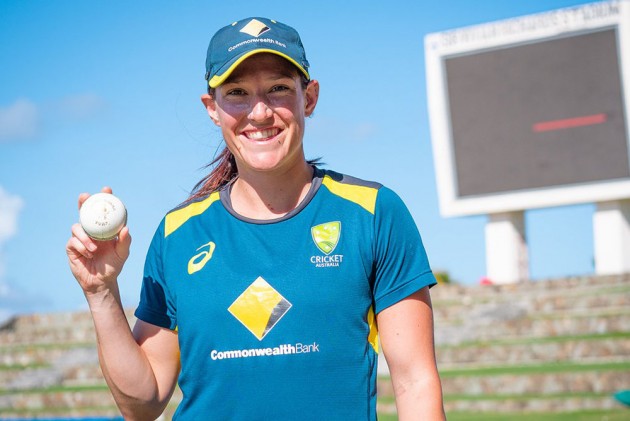 Australia fast bowler Megan Schutt scripted history be becoming the first woman to claim two hat-tricks in white ball cricket after she cleaned up the West Indies tail in their third ODI clash.

Schutt (3/24), thus, became the first Australian women to claim a hat-trick in ODIs. Her feat enabled Australia women to bowl out West Indies women for a paltry 180.

Later chasing 181, half centuries by opener Alyssa Healy (61) and captain Meg Lanning (58) helped Australia beat the hosts by eight wickets in the third game of the five-match series on Wednesday. The visitors have now taken an unassailable 3-0 lead.

Schutt bowled an economical spell without a wicket through 9.3 overs before dismissing the trio of Chinelle Henry, Karishma Ramharack and Afy Fletcher in the final three deliveries of the West Indies' innings to bundle out the hosts for 180.

The 26-year-old Schutt had claimed her first hat-trick in a Twenty20 game against India in March last year. She had removed opener Smriti Mandhana and skipper Mithali Raj and Deepti Sharma at the Brabourne Stadium in Mumbai.

"It was good to actually take it all in the one over. It's kind of luck of the draw, it was the last over of the innings so you're either getting hit for six or getting wickets," Schutt told cricket.com.au.

"I just hoped for the best really, I know my back-of-the-hand slower ball is effective on wickets that turn a bit so I just looked to take as much pace off as I could," she added.