Novak Djokovic will spend at least another night in immigration detention, probably even the weekend, with his chances of playing in this month’s Australian Open in limbo. His visa was canceled by the Australian Border Force. 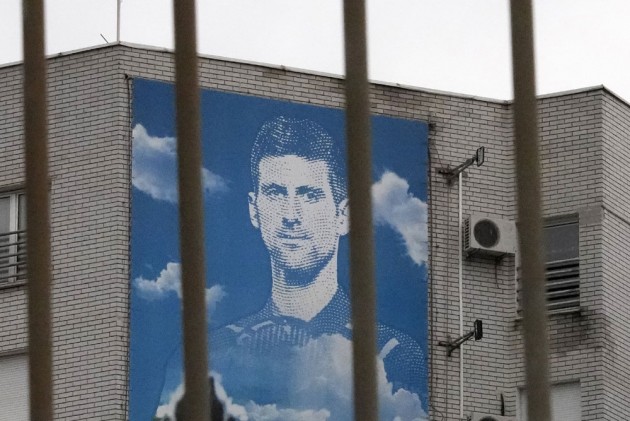 Novak Djokovic spent a day confined in an immigration detention hotel waiting for a court ruling and dealing with the prospect of deportation from Australia because of an issue with his visa application relating to COVID-19 vaccination regulations. (More Tennis News)

The 20-time major champion from Serbia will spend at least another night in immigration detention, probably even the weekend, with his chances of playing in this month’s Australian Open in limbo.

READ: Nadal Reacts, Says There Are 'Consequences' For What We Do

With his visa canceled by Australian Border Force officials who rejected his evidence to support a medical exemption from the country’s strict COVID-19 vaccination rules, Djokovic had to trade the practice courts for the law courts on Thursday.

Djokovic has not disclosed if he is vaccinated against the coronavirus.

Federal Circuit Court Judge Anthony Kelly adjourned Djokovic’s case until Monday because of a delay in receiving the application for a review of the visa decisions and the temporary ban on his deportation. A lawyer for the government agreed the 34-year-old tennis player should not be deported before the next hearing.

Djokovic’s trip was contentious before he landed, when it emerged the conservative federal government and the left-leaning state government of Victoria had differing views about what constituted acceptable grounds for an exemption to Australia’s vaccination policy for visitors.

After announcing on social media Tuesday that he had “exemption permission,” Djokovic landed in Melbourne late Wednesday thinking he had Victoria state approval that would shield him from the regulations requiring all players, fans and staff to be fully vaccinated to attend the Australian Open, which starts on Jan. 17.

That would have been OK to enter the tournament, but apparently not the country.

After a long-haul flight, Djokovic spent the night trying to convince the authorities he had all the necessary documentation, but the Australian Border Force issued a statement saying he failed to meet entry requirements.

Health Minister Greg Hunt said the visa cancellation followed a review of Djokovic’s medical exemption by border officials who looked “at the integrity and the evidence behind it.”

Djokovic was transferred Thursday morning to a secure hotel controlled by immigration officials that also houses asylum seekers and refugees.

Serbian President Aleksandar Vucic said he had spoken to Djokovic and that his government is asking that, before Monday, the 20-time major champion be allowed to move to a house he has rented and “not to be in that infamous hotel.”

He added that Djokovic has been treated differently to other players.

“I’m afraid that this overkill will continue,” Vucic said. “When you can’t beat someone, then you do such things.”

Quarantine-free access wouldn’t have been an issue if Djokovic could have shown he was fully vaccinated against the coronavirus. Instead he applied for an exemption, which only became an option in recent months after Victoria state backed away from a full no-vaccination, no-play policy.

Questions have now been raised about the approval of the exemption.

The Sydney Morning Herald published letters sent in November from the Department of Health and the health minister to Tennis Australia which indicated that Djokovic didn’t meet the national standard — as defined by the Australian Technical Advisory Group on Immunisation — for quarantine-free entry.

Asked about the confusion, Morrison said the onus was on the individual concerned to have correct documentation on arrival.

The prime minister rejected the suggestion that Djokovic was being singled out, but he acknowledged that other players may be in Australia on the same type of medical exemption.

“One of the things the Border Force does is they act on intelligence to direct their attention to potential arrivals,” he said. “When you get people making public statements about what they say they have, and they’re going to do, they draw significant attention to themselves.”

Anyone who does that, he said, “whether they’re a celebrity, a politician, a tennis player ... they can expect to be asked questions more than others before you come.”

The medical exemption, vetted by two independent panels of experts and based on information supplied anonymously by players, was supposed to allow Djokovic to play in the Australian Open regardless of his vaccination status.

Djokovic has spoken out against vaccines in the past and has steadfastly refused to acknowledge whether he received any shots against the coronavirus.

The exemption has become a hot political topic this week. Many Australians who have struggled to obtain sparsely available and often expensive rapid antigen tests, or who have been forced into isolation, perceived a double standard.

Critics questioned what grounds Djokovic could have for the exemption, and backers argued that he has a right to privacy and freedom of choice.

Tension has grown amid another surge of COVID-19 in the country. The state recorded six deaths and 21,997 new cases on Thursday, the biggest daily jump in cases in Victoria since the pandemic began.

Australian Open tournament director Craig Tiley on Wednesday defended the “completely legitimate application and process” and insisted there was no special treatment for Djokovic.

Only 26 people connected with the tournament applied for a medical exemption and, Tiley said, only a “handful” were granted. None of those have been publicly identified, but the Australian Broadcasting Corp. reported that border officials are now investigating another player and an official.

Acceptable reasons for an exemption included acute major medical conditions and serious adverse reaction to a previous dose of COVID-19 vaccine. Another one widely reported to be acceptable — evidence of a COVID-19 infection within the previous six months — may now be the sticking point.

Djokovic tested positive for the coronavirus in June 2020 after he played in a series of exhibition matches that he organized without social distancing amid the pandemic.