Novak Djokovic has been pitted against countryman Miomir Kecmanovic in the Australian Open 2022 first round in a draw that was delayed by 75 minutes on Thursday. But his participation is subject to potential deportation. 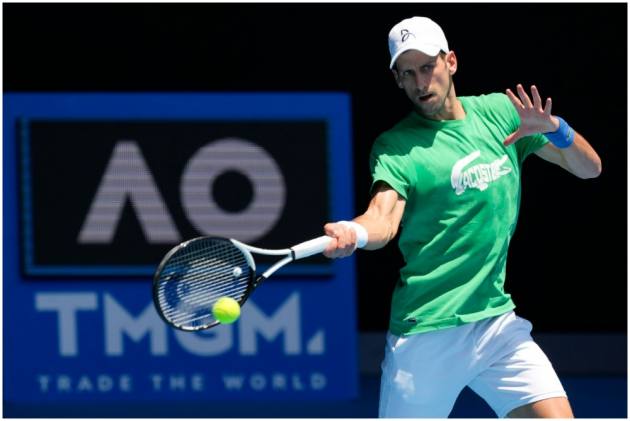 World No.1 Novak Djokovic has been pitted against countryman Miomir Kecmanovic in the first round of the Australian Open 2022 in a delayed draw in Melbourne on Thursday. However, Djokovic’s participation remains in limbo as he may face potential deportation by the federal government. (More Tennis News)

The Serbian, who has been the star attraction for all the news outlets globally for the last few days after his visa was revoked by the border security officials on his arrival in Melbourne, could face rising American star Tommy Paul in the second and Italian Lorenzo Sonego likely in the third.

Despite Djokovic’s victory in the legal battle a couple of days ago, the 34-year-oldcould still face deportation with Australian immigration minister Alex Hawke is yet to make a call on whether to cancel the 20-time Grand Slam champion’s entry visa. Djokovic had his visa canceled on arrival in Melbourne last week when his vaccination exemption was questioned.

Meanwhile, Australia’s prime minister Scott Morrison said Thursday his government’s tough policy toward visitors who were not vaccinated for COVID-19 had not changed, as it nears a decision on whether to deport Djokovic, according to an AP report.

Morrison also sidestepped media queries when asked about Djokovic’s visa status. “I refer to Mr. Hawke's most recent statement and that position hasn't changed,” Morrison said when asked why a decision hasn’t been made yet on Djokovic.

“These are personal ministerial powers able to be administered by Minister Hawke, and I don't propose to make any further comment at this time.” Earlier, the Australian Open 2022 draw had to be delayed by 75 minutes amid uncertainty over Djokovic’s participation in the year’s first Grand Slam.