Rafael Nadal, who made a comeback on the tennis court after recovering from coronavirus, showed no signs of sluggishness on Rod Laver Arena. He defeated Ricardas Berankis 6-2, 7-5. 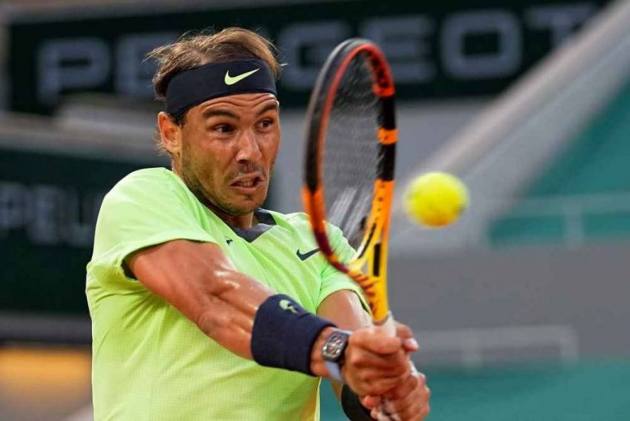 Rafael Nadal began fine-tuning his quest for a 21st Grand Slam singles title at the Australian Open with a 6-2, 7-5 win over Ricardas Berankis on Thursday in a warm-up tournament at Melbourne Park. (More Tennis News)

Nadal, recovering from the coronavirus, showed no signs of sluggishness on Rod Laver Arena, although he was broken early in the second set and again when he served for the match.

"It's only the first match after a while. Honestly, I have been going through some difficult, challenging moments the past year-and-a-half," Nadal said, "but in general terms I am super happy to be back in competition.

"Of course it’s important to start with a victory, (which) gives me the chance to play another time tomorrow, and that’s the main thing at this moment because I didn’t play for such a long time."

Seventh-seeded Elina Rybakina and American Shelby Rogers, who beat No. 3 seed Maria Sakkari, have already set up a quarterfinal match.

The other last-eight matchup will feature Kaja Juvan, who upset No. 2-ranked Aryna Sabalenka in the second round, against Misaki Doi or Anastasia Gasanova.

"I felt really confident," Swiatek said. "And I'm pretty happy that I could finish it really quickly and I didn’t let go of focus."

The Adelaide and Melbourne tournaments are two of six tune-up events being staged in Australia this week ahead of the season-opening major at Melbourne Park starting Jan. 17.

In the WTA 500 tournament being played at Melbourne, second-seeded and two-time Grand Slam singles champion Simona Halep beat Elena-Gabriela Ruse 6-2, 6-2 to advance to the quarterfinals.