Novak Djokovic is set to present his case in the court on Monday that will decide the future of his participation in Australian Open 2022. He is currently at the immigration detention hotel in Melbourne. 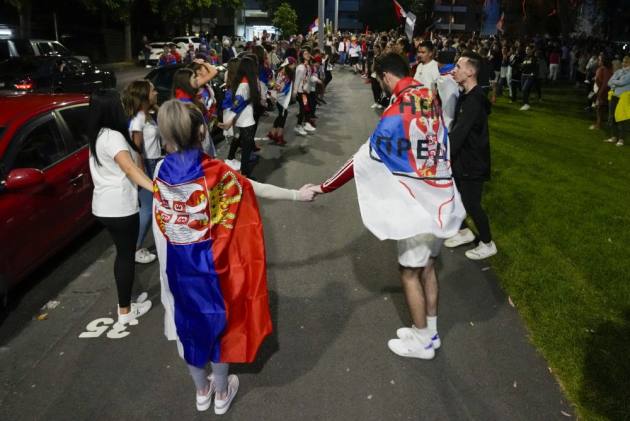 Some of the fans wore Serbian flags as capes and danced to music outside the hotel.

Djokovic is awaiting court proceedings on Monday that will determine whether he can defend his Australian Open title or whether he will be deported — and the world has shown keen interest in his temporary accommodation.

His fellow residents in the immigration detention hotel include refugees and asylum-seekers who are challenging their own proceedings that have all lasted much longer than Djokovic's.

So long in some cases they feel forgotten.

Djokovic's mere presence at the hotel, a squat and unattractive building on the leafy fringe of the city's downtown, has drawn the world's eyes to those other residents and their ongoing struggles with the Australian immigration system.

Djokovic was denied entry at the Melbourne airport late Wednesday after border officials cancelled his visa for failing to meet its entry requirement that all non-citizens be fully vaccinated for COVID-19.