Serena Williams and Simona Halep will meet in the quarter-finals of the Australian Open, while Naomi Osaka also scraped through. 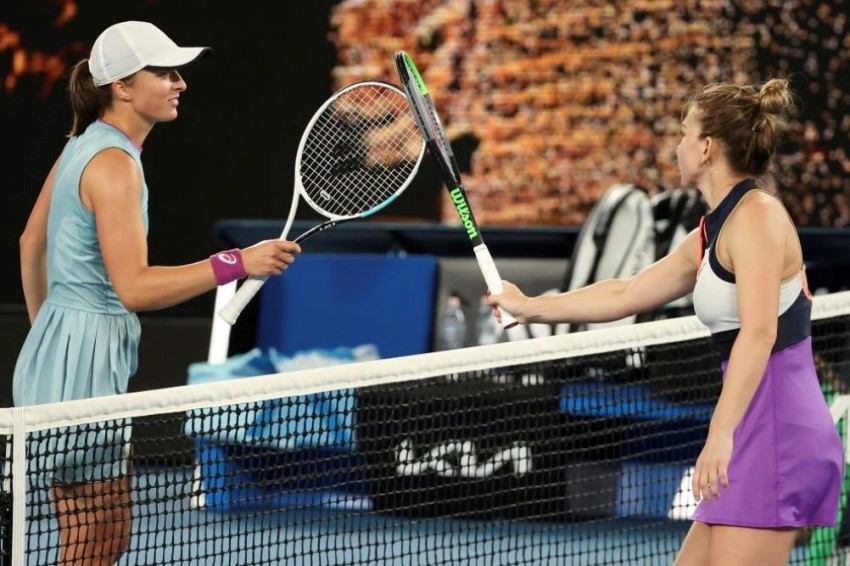 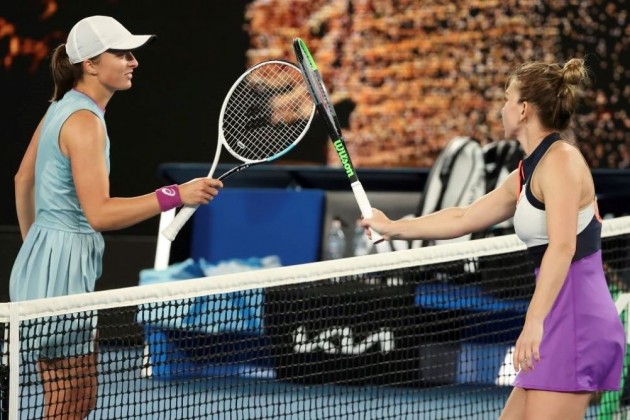 Simona Halep set up a quarter-final duel with Serena Williams after showing admirable character to battle back from a set down to beat Iga Swiatek 3-6 6-1 6-4 and seal her 100th grand slam match win.  (More Sports News)

Halep and Swiatek put on a thrilling show in the night session on Sunday, as the Romanian two-time grand slam champion demonstrated her fighting spirit to come from a set down and reach the last eight.

Swiatek took charge in the first set after saving the first two break points of the contest, eventually putting herself in a commanding position as she won the 10 of the final 11 points of the set, but Halep remained focused as her 19-year-old opponent began to wobble in the second.

Halep then snuffed out any threat of a turnaround by breaking back straight after losing on her own service in the decider and she went on to set up a meeting with Williams, who had overpowered Aryna Sabalenka earlier in the day.

Naomi Osaka also advanced, though she was by no means comfortable, while Hsieh Su-wei beat Marketa Vondrousova in straight sets.

Halep's clash with Swiatek was their first since the French Open last October, when Swiatek ran out a 6-1 6-2 winner and went on to claim her maiden major title.

Revenge was on the cards at Melbourne Park and Halep got the job done impressively, showing her mettle to return from a set down.

"Well, I thought before the match that I have to be a little bit more aggressive than Paris. In Paris I have been very far back, and my ball didn't go through the court," the second seed said. "So, I thought that it's a better chance to go and hit.

"The pressure came from the way I played the last match against her. I just expected a better game from myself, which I did, and I'm really happy about that."

Halep accepts facing Williams will be an entirely different challenge, but she remains confident despite lauding the American a "legend" in her on-court interview.

"Of course it's different, she's the only one with 23 grand slams, so you cannot compare Serena with all of us, because we do not have so many grand slams," Halep added.

"But when I step on the court, it's just another opponent, and always I'm focused on myself more than I focus on who I play. We played so many times. I know what to expect. I will just try to do my game, and I will be confident."

Second seed @Simona_Halep came from a set down to take revenge on Roland Garros conqueror Swiatek at the #AusOpen --> https://t.co/et4d1LwMHl pic.twitter.com/aUlW0IDmJx

All eyes are on Williams yet again, as she hopes to equal Margaret Court's record of 24 grand slam titles – and on the evidence of her latest win, she will take some stopping as she won 6-4 2-6 6-4.

Williams revealed she had to cope with a little off-court stress this week with her clothing line, and Sabalenka certainly kept the pressure up as the 22-year-old took the second set.

But Williams responded well to the seventh seed, who became the first player to take a set off the former world number one. Williams said she remained confident despite that setback.

"Like I said on the court, I just felt like even games that I lost, I was so close to winning. Not all games, but probably most of those games," she said. "I just needed to play better on the big points.  I knew that I could. I still hadn't reached my peak. I was like, 'Okay, Serena, you got this, just keep going.'"

Osaka was in a real spot of bother against Garbine Muguruza, but saved two match points.

The 2019 champion Osaka steadied herself and felt more composed after a brief show of frustration, as she struck the ground with her racquet.

Ultimately, she emerged a 4-6 6-4 7-5 victor, and Osaka felt letting frustration get the better of her for a moment helped her cause.

"On the first match point, I was just thinking that I didn't hit a decent serve that entire game, so I should really focus on my serve," he said. "I feel like my serve stats were pretty good that set, so I was just telling myself to do better.

"Then on the second point, when the rally started, I just told myself not to push [the ball] but also don't do something crazy and make a really bad unforced error. I felt the entire match I was overthinking. There was a moment when I got angry and hit my racquet on the ground. I feel like I released a lot of the thoughts that I had. It just made me go more into instinct-based tennis."

Keep on keeping on. pic.twitter.com/g3TITAVcbP