Australian Open: Novak Djokovic has doubts over whether he will be able to play in round four

Novak Djokovic is unsure whether he will play able to play in the Australian Open fourth-round after struggling with an abdominal injury in his epic win. 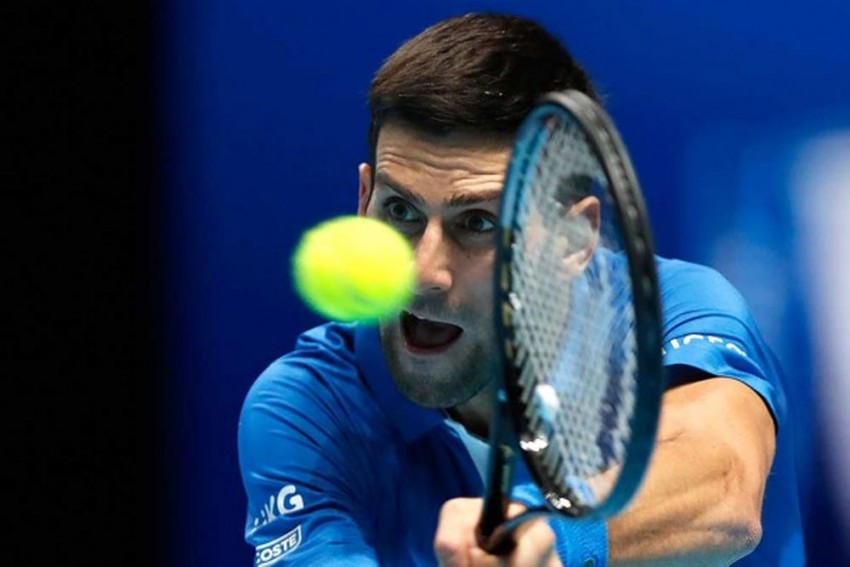 Novak Djokovic is unsure whether he will be able to play in the Australian Open fourth round after struggling with an abdominal injury in his five-set win over Taylor Fritz.

It was a match which started on Friday in front of a crowd and finished on Saturday without fans as Victoria went into a five-day lockdown.

Fritz appeared set to reach the fourth round of a major for the first time in his career, but Djokovic suddenly came to life in the fifth set.

Next up for Djokovic is Milos Raonic, who he has beaten in all 11 of their meetings, on Sunday.

But the Serbian is concerned by his injury and was unable to commit to saying he would be able to take to the court.

"I really don't know," Djokovic said when asked for his thoughts about facing Raonic.

"Right now, I know it's a tear, definitely, of the muscle so I don't know if I'll manage to recover from that in less than two days.

"I am very proud of this achievement. Let's see what happens."

Djokovic felt for American Fritz after his brave defeat and discussed what he had gone through during a contest lasting three hours and 25 minutes.

He continued: "I want to congratulate Taylor for a great fight. I'm sorry that he lost the match obviously.

"I don't know. I just tried to stay in there and I was hopeful that whatever is happening there is going to feel better.

"Towards the end of the fourth it started to feel better, third and fourth set I just served and couldn't do much on the return.

"I was just going for my shots, was hitting two first serves and it worked, it worked well.

"This is definitely one of the more special wins in my life. It doesn't matter what round it is and against who it is.

"Under these kinds of circumstances, to pull this through is definitely something I'll remember forever."