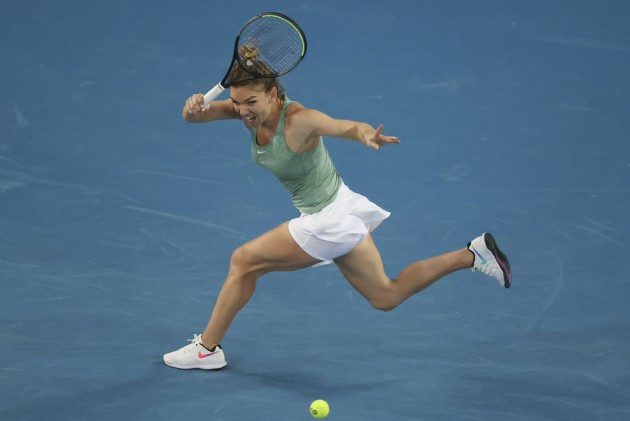 Serena Williams and Simona Halep started the season with straight-sets victories in Melbourne a week before the Australian Open gets under way. (More Tennis News)

Williams and Halep played in an exhibition event with a crowd of 4,000 watching on in Adelaide last Friday and they were back in competitive action three days later.

Legendary American Williams beat Daria Gavrilova 6-1 6-4 to move into the third round of the Yarra Valley Classic.

The fifth seed struck 27 winners to 15 unforced errors on Margaret Court Arena as she set up a meeting with Tsvetana Pironkova, who ousted Donna Vekic 1-6 6-4 6-2.

Williams said: "It was a good match for me. It wasn't easy at all. It was lots of rallies and lots of movement, and she's from here, so she obviously always plays hard. So it was really good and it felt good to clinch that in the end."

The No.5 seed is through! @serenawilliams takes out Gavrilova, 6-1, 6-4.#YarraValleyWTA pic.twitter.com/BIrWqGIRFZ

Elsewhere, top seed Halep is through to the third round of the Gippsland Trophy following a 6-4 6-4 win over Anastasia Potapova.

Halep hit 23 winners and broke twice in each set in what was her first official match since October.

Elina Svitolina, the third seed, beat Andrea Petkovic 6-1 6-4, while Coco Gauff, Ekaterina Alexandrova and Jelena Ostapenko were among the other winners seven days prior to the start of the first grand slam of 2021.