Avani Lekhara has been wheelchair-bound since a road accident in 2012. However, her disability could not stop her from chasing her dream. 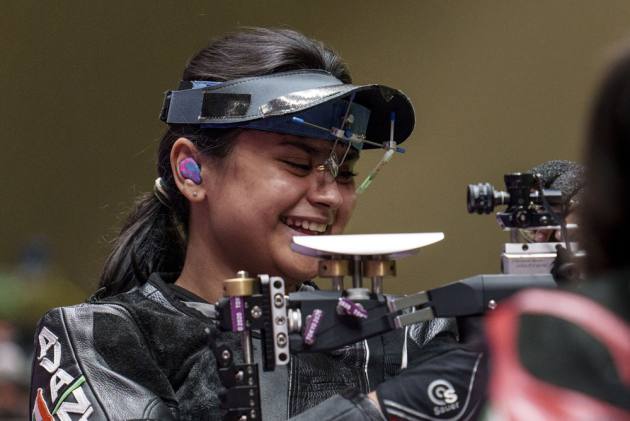 "I was hopeful that my granddaughter will achieve this laurel and make us and her country proud," GR Lekhra, grandfather of 19-year-old shooter Avani Lekhara, who has won a gold medal at the Paralympic Games in Tokyo told Outlook. (More Sports News)

Avani scripted history on Monday as she became the first Indian woman to win a gold medal at the Paralympics, firing her way to the top of the podium in the R-2 women’s 10m Air Rifle Standing SH1 event. The 19-year-old from Jaipur, who sustained spinal cord injuries in a car accident in 2012, finished with a world record-equalling total of 249.6, which is also a new Paralympic record.

"Her victory has just not inspired thousands of para-athletes but also brought hope in the grim times. I was so sure that she makes it. I would tell her to focus on her aim, nothing else and she would listen to me. Last night also I told her the same," Lekhara, a resident of Shastri Nagar who is a proud grandfather of 19-year-old Avani said.

Avani has been wheelchair-bound since a road accident in 2012. However, the disability could not stop her from chasing her dream.

Sharing the story of her resilience, her grandfather told Outlook, "On 20th February 2012 in a road accident, she met a car accident while going to Dholpur where her father was posted as Additional Divisional Magistrate. The entire family was injured. While everyone recovered slowly, Avani's injuries at L-1 level of spinal cord, owing to which the portion below the waist got paralyzed. Despite undergoing treatment and surgery in hospitals in Jaipur and Delhi, doctors were of the view that there is no treatment of traumatic paraplegia".

According to the family, the initial years were traumatic for Avani as she was unable to accept that she will be normal again and can dance and participate in other activities.

"Her mental health deteriorated and she was deprived of admission in the school and after two years she got me admitted in a school at K.V. – 3, Jaipur, which became a friendly place for her. We as a family together supported her. Her father took her to Jagatpura shooting range to perform shooting and archery and gifted biography of a renowned shooter Abhinav Bindra to her which brought confidence in her and she decided to begin shooting from April 2015," added grandfather of Avani, who won a first gold medal at State level competition in 2015.

After 2015, then there was no look back for Avani, who then won dozens of medals at the state, national and international levels. She got the rank 4th in the World in 10m Air Rifle Standing women and ranked 4th in the World in 50m 3-position women (R8) event.

According to the family, her dedication, hard work of coaches is responsible for her win.

"She used to practice in Jagatpura and MPS school in Jaipur. For the last 2 months, she was practising in Delhi. She would practice for 7-10 hours a day and would never get tired. Her coaches Suma Shirur and Subhash Rana have also put their full efforts in her", grandfather added.

Rajasthan Chief Minister Ashok Gehlot Monday congratulated three Paralympic medal winners from the state, announcing cash rewards of up to Rs 3 crore for each of them.

The young shooter will be given a cash reward of Rs 3 crore, while javelin throwers Devendra Jhajharia and Sundar Singh Gurjar will get Rs 2 crore and Rs 1 crore respectively for winning silver and bronze medals.

All three athletes from Rajasthan have already been appointed to the post of assistant conservator of forest in the state forest department. “The players of the state have brought laurels to the country and the state by winning medals, we are very proud of them,” Gehlot tweeted.

Heartiest Congratulations to Jaipur's @AvaniLekhara for winning first ever #Gold for India in #ShootingParaSport! What a superb performance by her in Women's 10m AR Standing SH1 Final as she created history! Entire nation is very proud of her. It's a great day for Indian sports!

“Heartiest Congratulations to Jaipur’s Avani Lekhara for winning first ever Gold for India in ShootingParaSport! What a superb performance by her in Women’s 10m AR Standing SH1 Final as she created history! Entire nation is very proud of her. It’s a great day for Indian sports!” Gehlot tweeted earlier in the day.