Both Virat Kohli and Ajinkya Rahane are missing the match due to minor niggles, while Avesh and Sundar are getting match time playing for opposition 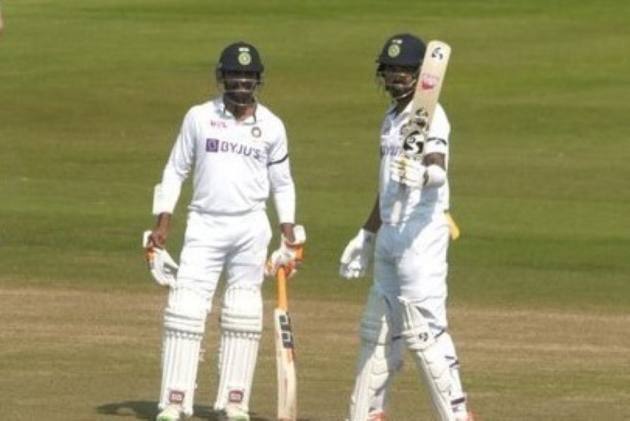 India started the warm-up match against County Select XI with many of its key players missing. The team is being led by Rohit Sharma with Avesh Khan and Washington Sundar turning up for County XI after a request from hosts England and Wales Cricket Board. (More Cricket News)

The most notable name missing is captain Virat Kohli who felt some stiffness in his back and was advised rest from the three-day first-class warm-up game by the BCCI Medical Team.

Vice-captain Ajinkya Rahane also has a minor injury concern. As per BCCI’s press release, Rahane has mild swelling around his left upper hamstring.

He received an injection and thus will not be available for the warm-up game.

“The BCCI medical team is monitoring him, and he is expected to fully recover well in time for the first Test against England starting from 4th August at Nottingham,” the release further said.

The ECB made a request to the Indian team management to let two players from the Indian contingent play for County Select XI after some of their players were deemed to be unavailable either due to injury or close contacts of a Covid-19 positive person. Accordingly, Washington Sundar and Avesh Khan have been made available to play for their team.

Incidentally this is not the first time that a India player has turned up for opposition. During Pakistan's 1987 tour of India, 14-year-old Sachin Tendulkar was summoned as the reserve fielder for Imran Khan-led side during a match at Brabourne Stadium.

Team India is also wearing black armbands to mourn the sad demise of former India cricketer Yashpal Sharma, who sadly passed away on 13th July after a cardiac arrest.

First team regular like Mohammed Shami has also been rested from the game, which is one of India's rare first-class game in last 10 years.