The all-rounder won the man of the match award in Delhi Capitals' three-wicket win over Chennai Super Kings. 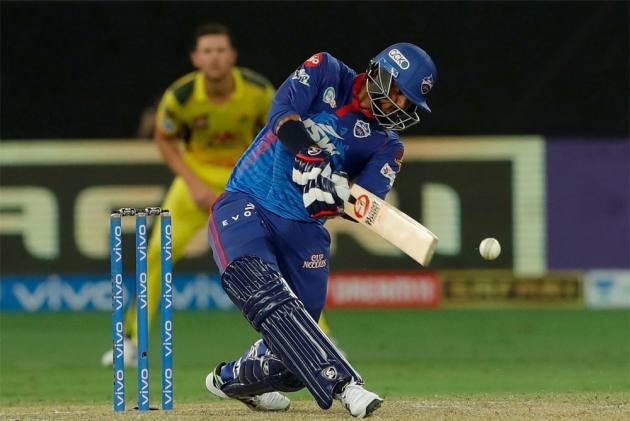 Axar Patel is yet to establish himself as one of the leading all-rounders in the game, but the 27-year-old from Anand in Gujarat is quietly enjoying his role as Delhi Capitals (DC) eye elusive Indian Premier League (IPL) title.

Patel won the man of the match in Delhi's nervy three-wicket win over former champions Chennai Super Kings (CSK) in their penultimate league match of IPL 2021 in Dubai, UAE on Monday. The win helped the Rishab Pant-led side go top of the IPL points table with 20 points, two more than MS Dhoni's CSK, after 13 matches each.

Chasing a modest total of 136/5, Delhi wobbled and needed a rearguard action against Chennai's inspired bowling attack, led by Shardul Thakur, who took two wickets in a miserly spell (2/13).

But Patel (5 off 10) and Shimron Hetmyer (28 not out off 18) added crucial 36 runs in 27 balls for the seventh wicket. And it proved decisive even though Patel holed out going for a glory shot when they needed a couple to seal the top of the table clash.

After the match, he talked about the stand. "Hetmyer and I were discussing that they would bowl wide yorkers according to their field."

Patel, who produced bowling figures of 2/18 earlier in the match, added that batting is a "confidence booster, especially since we [DC] will be going to the playoffs. This confidence then helps you later."