Batting at No 8, Axar Patel’s 63-ball 81 threatened to take India A over the line but West Indies A struck at crucial moments to seal a five-run win after posting 298/9 in their 50 overs. 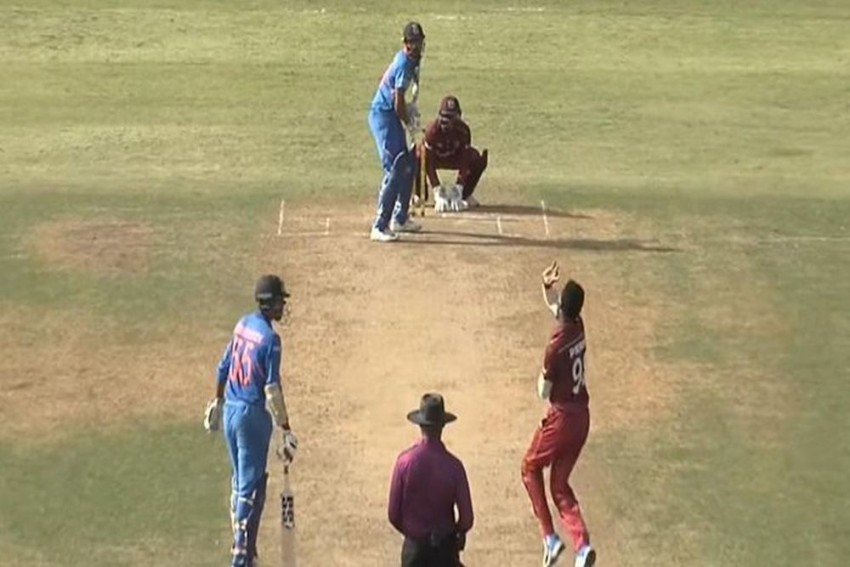 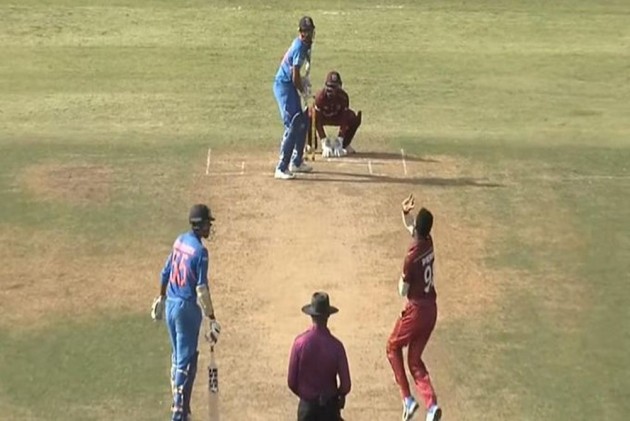 Axar Patel's reargaurd heroics went in vain as India A suffered a narrow five-run loss against West Indies A in the fourth unofficial ODI in Antigua on Friday.

With the series already in pocket after winning the first three games, India A tasted their first defeat in the tour on Friday despite Axar's (81 not out of 63 balls) valiant effort with the bat while chasing 299 runs.

Chasing the home team's 298 for nine, India A's top-order failed to put up big scores despite getting starts and at one stage were struggling at 160 for six.

Then came in Axar and in the company of Washington Sundar raised 60 runs for the seventh wicket to keep India A in the hunt.

Axar marshalled the tail beautifully but Khaleel Ahmed and Navdeep Saini fell in a space of three balls towards the close as West Indies' registered their first win in the series. India A needed nine runs of the last over but could only manage three to finished on 293 for nine.

Axar hit eight boundaries and one six during his fiery knock.

Rovman Powell (2/47) and Keemo Paul (2/61) shared four wickets between them for West Indies A.

Earlier, West Indies A rode on Roston Chase (84), Devon Thomas (70), Jonathan Carter (50) and skipper Sunil Ambris' (46) fine efforts with the bat to post 298 for nine after being sent into bat.

Left-arm pacer Khaleel continued his fine form, returning with figures of 4 for 67 while Avesh Khan picked up 3 for 62.

The fifth and final one-dayer will be played on Sunday.