Matthew Hayden worked as a Pakistan batting consultant for the T20 World Cup 2021. Pakistan lost in the semifinals against Australia. 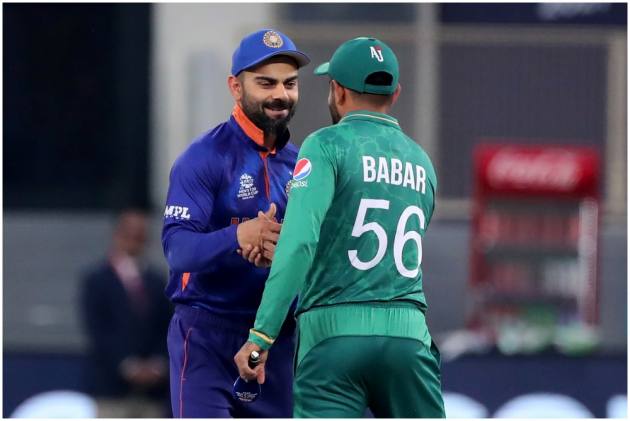 Former Australian great Matthew Hayden, who was the batting consultant of the Pakistan national cricket team in the T20 World Cup 2021, has made some nice observations on Babar Azam and Virat Kohli's personalities. It's all in their body language, said Hayden, who has been part of a ruthless Australian squad that hated to lose.

Pakistan were beaten in the semifinals of the T20 World Cup on Thursday. Australia, who have never lost to Pakistan in a knockout game in ICC tournaments, rode a swashbuckling knock from Mathew Wade to triumph by five wickets in a game that was largely controlled by the Green Shirts.

Virat Kohli (70 international centuries) and Babar Azam (20 international hundreds) are among the world's leading batsmen. Their statistics may not match in terms of hundreds and runs scored, but it is widely accepted that the young Pakistan captain has carried forward a great legacy founded by legendary Pakistan batsmen like Majid Khan, Zaheer Abbas, Saeed Anwar, Inzamam-ul-Haq, Mohammad Yousuf, Younis Khan and more recently, Azhar Ali.

Every cricketer is unique in terms of skillset, temperament and application. Cricket is a cruel game. One ball can destroy a career. Hence the output is never proportional to the input.

Yet, there is something common between all leading cricketers of the world. It is their intensity and the aspiration to be on top of their game. Form is always a temporary thing. Class is permanent. Men like Kohli, Babar, Kane Williamson, Joe Root and Steve Smith all fall in this classy category. They are unique and can never be compared.

“Babar and his personality is, as you see is what you get. He is very consistent. He is very stable. He is not overly flamboyant. In fact, I would go as far as to say he is almost the opposite personality to someone like Virat Kohli, who is very animated, very passionate, and very boisterous on the field,” said Hayden.

“He (Babar Azam) has great control and a wonderful temperament. Just to give you an insight into that talent, his ability to be able to consistently be able to react to the ball is second to none from what I’ve seen.

"He picks up the line and the length of the ball quicker than the average cricketer that is going around. That is the mark of someone that is a very fine player,” said Hayden.

Babar Azam is the leading run-getter in this T20 World Cup. With four fifties, the Pakistan captain has scored 303 runs in six matches at an average of 60.60 and strike rate of 126.25.

Babar's opening partner Mohammad Rizwan, who played against Australia with some lung issue, is second with 281 runs. KL Rahul (194 from five matches) is India's best batsman and Rohit Sharma (174) is the next best.

Kohli did not have a great tournament as India failed to qualify for the semifinals in UAE and for the first time lost a World Cup match against Pakistan.