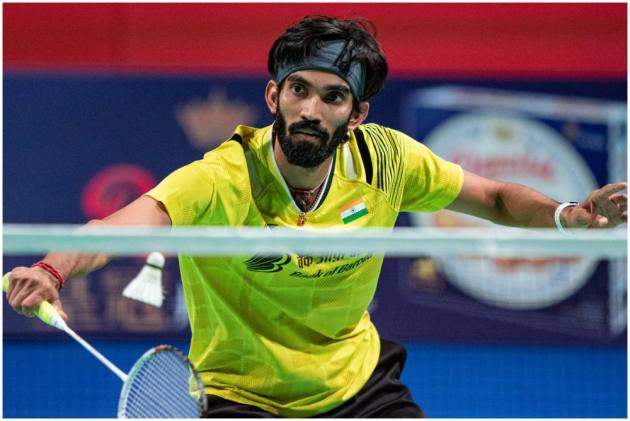 PV Sindhu, a two-time Olympic medallist, saw off Denmark’s Line Christophersen 21-14, 21-16 in a lop-sided Group A contest after former world No. 1 Srikanth beat France’s Toma Junior Popov 21-14, 21-16 in 42 minutes in his opening match of group B.

Young Lakshya Sen also won his first match of Group A after world number two Kento Momota of Japan retired injured when the scoreline was 1-1 in the first game.

The reigning world champion, the only Indian to win the year-ending tournament in 2018, will meet Germany’s Yvonne Li next. Kidambi Srikanth, who had reached the knockout stage of the 2014 edition, will next face Thailand’s three-time junior world champion Kunlavut Vitidsarn.

The women’s doubles pair of Ashwini Ponnappa and N Sikki Reddy, however, lost 14-21, 18-21 to the second-seeded Japanese combination of Nami Matsuyama and Chiharu Shida in their opening group B match.

Also starting with a loss was the men's doubles pair of Satwiksairaj Rankireddy and Chirag Shetty, beaten 16-21, 5-21 by the Danish combination of Kim Astrup and Anders Rasmussen in a Group A clash.

Sindhu looked in great control as she opened up a 5-2 lead and though Line made it 7-6, the Indian quickly reeled off 10 straight points to march to 16-8 and seal the opening game comfortably.

After the change of sides, Line put up a slightly better show as she led briefly at 4-2 before Sindhu grabbed a slender 11-10 advantage at the interval. After resumption, Sindhu zoomed to 17-13, and soon, shut the door on her opponent.

Srikanth also displayed a compact game. He was alert and agile on the court and found points with his attacks against the world number 33 Frenchman. The opening game was a tight affair in the initial part with the duo fighting tooth and nail.

Srikanth managed to eke out a slender 11-9 lead at the break and then came out with five straight points to move ahead to 16-10 and soon closed out the game. In the second game, Srikanth lagged 1-4 initially but he soon recovered to once again grab a two-point advantage at the interval.

Just like the first game, he made his way to a healthy 14-9 lead before moving to 19-14. A long shot from his opponent gave Srikanth four match points and he sealed it with some superb net play.