The novel coronavirus has killed more than 2,000 and infected over 75,000 people in China. The virus is believed to have originated in Wuhan, China late last year and the city has been under a lockdown for weeks now 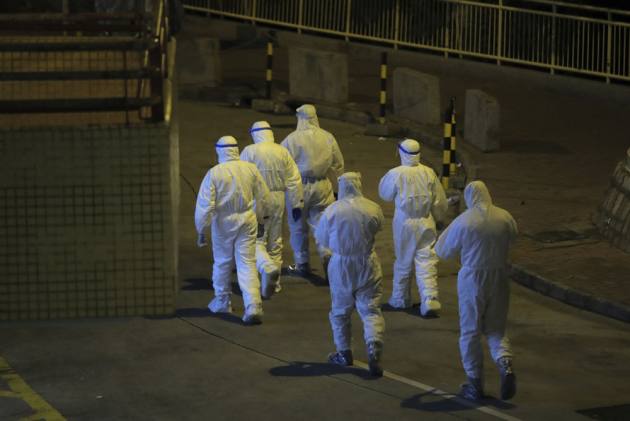 The Badminton Association of India is optimistic about China's participation in next month's India Open despite the fears surrounding the deadly coronavirus as Chinese shuttlers are in quarantine for almost a fortnight in Europe. (More Badminton News)

A top BAI official told PTI that the federation has already got in touch with the sports and external affairs ministries, seeking clarity regarding visa processing of the shuttlers from Asian countries, especially China and Hong Kong.

"India Open is an important tournament for the Olympic qualification, so we are expecting a big Chinese contingent," the official said on the condition of anonymity.

"BAI has sought permission from the sports ministry and external affairs ministry for the visa process of the athletes. The Chinese shuttlers are already in Europe to play the German Open, All England and Swiss Open before coming to India."

The novel coronavirus has killed more than 2,000 and infected over 75,000 people in China. The virus is believed to have originated in Wuhan, China late last year and the city has been under a lockdown for weeks now.

Given the health risks, Chinese wrestlers were last week denied visas for the ongoing Asian Championships.

The Chinese and Hong Kong shuttlers are expected to play the All England Championships, a BWF World Tour Super 1000, to be held from March 11 to 15 in Birmingham, as they are already in Europe.

Swiss Open World Tour 300 (March 17-22) is the next event in the international schedule, ahead of the India Open.

"The Chinese shuttlers are in quarantine for almost a fortnight in Europe and they are expected to play German Open and All England Championships. After that there is the Swiss Open so they would be in Europe before they play the India Open," said a BWF official.

China is expected to send a 60-plus contingent, led by Chen Yufei and Shi Yuqi. The legendary Lin Dan and He Bingjiao are also expected to be part of the squad. Also shuttlers from Thailand, Singapore, Hong Kong, Japan and Korea are in line to participate in the tournament.

The sports ministry has made it clear that it will extend all support to BAI.

"We will abide by the Olympic Charter and provide all support to BAI but it is a health issue and the last decision lies with the government. Whenever any federation comes to us for conducting an official tournament we have always instantly given our approval," a sports ministry source said.

"The two-member BWF team was here to visit the venue and they are very happy with the facilities of the stadium and have approved the venue for India Open 2020. We are confident that this edition will see top class badminton action and I urge all badminton fans to come and watch the players live," BAI secretary Ajay K Singhania said.