Under Mulyo Handoyo, Kidambi Srikanth and HS Praneeth combined to win five Super Series titles in 2017. Tan Kim Her is responsible for the rise of India's doubles pair of Chirag Shetty and Satwiksairaj Rankireddy's at the top level. 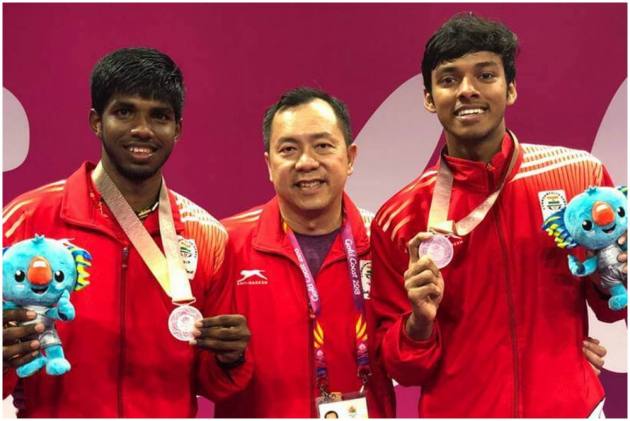 Indonesia’s Mulyo Handoyo and Malaysia’s Tan Kim Her are set to return as India’s singles and doubles badminton coaches with the national federation hoping to finalise their appointments by the end of this month. (More Badminton News)

Tough taskmaster Mulyo, who has coached Athens Olympic gold medallist Taufik Hidayat, had a brief stint in India and is credited for the success of men’s singles players like Kidambi Srikanth, B Sai Praneeth and HS Prannoy in 2017.

Tan Kim Her, on the other hand, is the man responsible for forging India’s best doubles pair of Chirag Shetty and Satwiksairaj Rankireddy, who under his guidance won the Commonwealth Games silver, played a vital role in the team gold in 2018 and also broke into world’s top 20.

“Mulyo and Tan Kim Her are among the few top names who applied for the posts after we advertised for it and BAI (Badminton Association of India) wants to avail their services as they have prior experience of working with our Indian players,” BAI secretary Ajay Singhania told PTI.

BAI had advertised for the coaches’ posts on November 18 after men’s singles coach Agus Dwi Santoso departed last month, a few weeks before the completion of his contract.

“Mulyo and Tan have been in the Indian set up so we are favouring them and we are hoping to get their services from the India Open in January. Of course, it is yet to be finalised as we are still discussing the details,” Singhania said.

Under Mulyo, Indian male shuttlers secured an unprecedented five Super Series titles in 2017, which included four titles by Srikanth and one by Praneeth.

“The contracts of all the coaches expire in December end, so we will have to seal the appointments by this month. Our chief coach Pullela Gopichand is discussing with the coaches on various issues such as salaries, accommodation etc..”

In his last stint, Mulyo didn’t complete his contract and quit in December 2017 to join the Singapore team, while Tan Kim Her, who had a contract till the 2020 Tokyo Olympics, resigned in 2019 and went on to coach the Japan national team.

With Tokyo Olympics in mind, BAI had roped in London Olympics silver medallist and former world No.1 Mathias Boe for the Indian pair of Satwik and Chirag, who won two of the three matches in their group at the Japanese capital.

Boe’s contract was till the Olympics but the Denmark great had said that he wanted to continue coaching the doubles players and had sent a detailed proposal to BAI.

Asked why he was not considered, Singhania said: “Boe is a good coach but he couldn’t commit to a full time role, he wanted it more like a temporary basis which is something that couldn’t be worked out.” India's next assignment is the BWF World Championships scheduled to begin on Sunday in Huelva, Spain.

While defending champion P V Sindhu’s coach Park Tae Sang is already in Spain, Indian coaches Siyadatullah and Arun Vishnu (doubles) left for Spain on Thursday and will be sharing the responsibility of the competing players.