Bajrang Punia will compete in international meets, including UWW Ranking events, the Commonwealth Games in Birmingham as well as the Asian Games in Hangzhou, China. 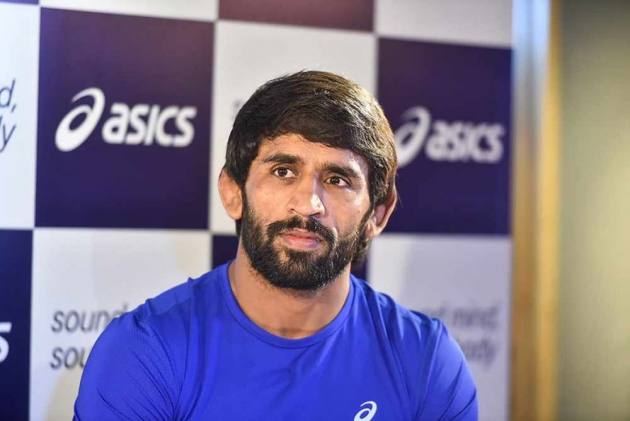 Bajrang, a bronze medallist at the Tokyo Olympics, was earlier approved an amount of Rs 7.53 lakh for a 26-day training camp in Moscow ahead of a busy season. He is now being supported with an additional Rs 1.76 kakh for his ongoing camp that started on December 27.

Jitender and Anand Kumar have accompanied Bajrang as his sparring partner and physiotherapist respectively.

Bajrang is set to compete in international meetsa, including UWW Ranking events, the Commonwealth Games in Birmingham as well as the Asian Games in Hangzhou, China.

"I have to compete in Ranking Series in Italy and Turkey this February and then the Asian Championships in Mongolia in April. I'm going to give my best as I aim to change the colour of my medal in Paris 2024," Bajrang said in a statement issued by the Sports Authority of India.

Greco-Roman wrestler Sunil Kumar, meanwhile, has been approved an amount of Rs 10.85 lakh towards a special training camp at Romania and Hungary with his sparring partner and coach.

Sunil, who is a part of the TOPS development group, will be using the foreign exposure trip to prepare for the upcoming United World Wrestling Ranking events.

Besides, judoka Yash Ghangas has been included in the Target Olympic Podium Scheme (TOPS) in the development group.