Bajrang Punia's Injured Knee To Be Assessed After 48 Hours, But Olympic-bound Wrestler Insists He Is 'Fine' 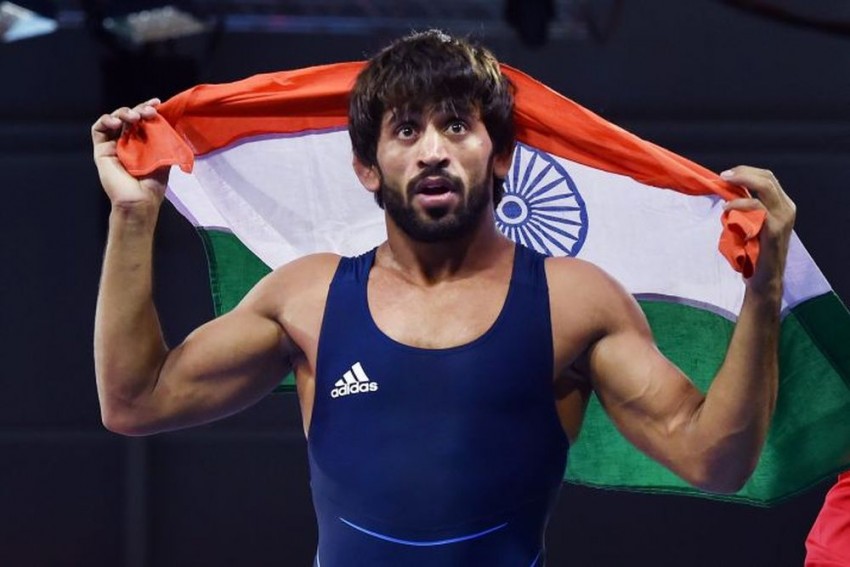 Olympic-bound wrestler Bajrang Punia on Saturday assured that he has not suffered a major injury but the extent of damage done to his right knee will be known only by Monday since the inflammation takes at least 48 hours to subside.  (More sports news)

Bajrang injured his right knee on Friday evening while competing in the semi-finals of the Russian tournament -- Ali Aliyev, against Abulmazhid Kudiev, the Under-23 European silver medallist.

Kudiev got hold of Bajrang's right leg and pulled him abruptly in the first period of the bout. The impact had an effect on Bajrang's right knee and the limping grappler immediately forfeited the bout.

"I am fine. It (getting injured) happens in sport," Bajrang told PTI from Kaspiysk in a terse message when he was asked if it was a serious injury.

While Bajrang did not elaborate on his injury, sources close the elite wrestler said that it is a good sign that he could walk without help but it will take at least two days to assess him properly.

"There is an injury. It's too early to comment right now. We will observe it for next 48 hours and see how it goes. Too early to name structures. Let the inflammation subside a bit," said the source.

Asked specifically if it could be a ligament tear, the source said only scans can confirm it but they won't take risk by initiating that procedure.

"Scans are not done immediately. We generally don't even test the structure before 48 hours. If there is a tear and we try to test it, we might do more harm. So, we will wait and observe for a while," added the source.

Experienced Delhi-based sports physiotherapist Anand Dubey, who travels with the national tennis teams -- Davis Cup and Bille Jean King Cup -- explains why it was important to wait before scans are done.

"Wrestlers usually suffer sprains. If that's the case, then he will be fine in a day or two by applying ice packs regularly. In case of a ligament injury, swelling takes some to appear, may be 24 to 36 hours. In a major injury, it appears immediately.

"I have seen the video of his bout. It looks like a minor injury, nothing to worry about. It was a good decision by Bajrang to forfeit the bout to prevent a major injury," he added.

Bajrang, one of India's brightest medal prospects, has been training in Russia since last month.

He skipped the Poland Open, the last Ranking Series event before the Olympics so that he could spar with world's top wrestlers, who are now training in Russia ahead of the Tokyo Games.