Tulsidas Balaram was part of the Indian football team that finished a historic fourth in the 1956 Olympics and remembered how iconic Balbir Singh Sr took pain-killing injection before the summit clash against the arch-rivals. 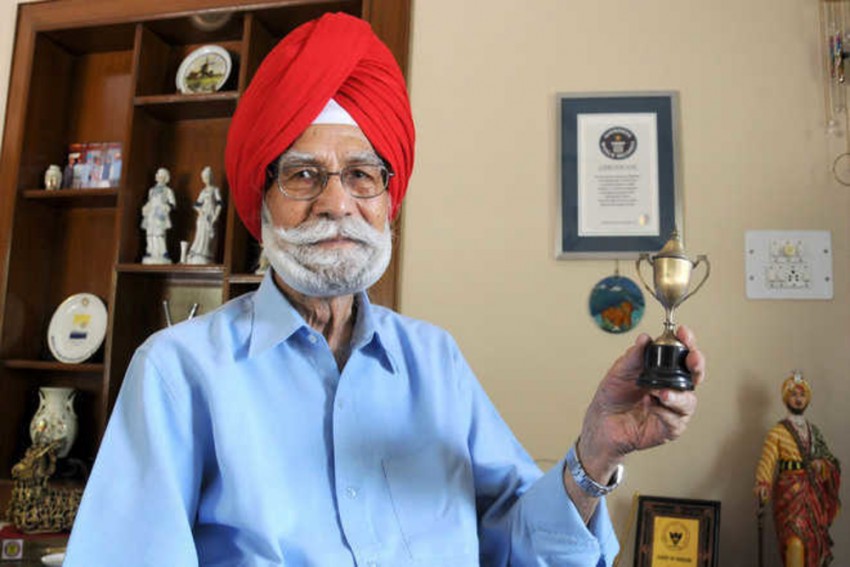 The three-time Olympic gold medallist Balbir Singh died this morning at a Mohali hospital at the age of 96.
Twitter
PTI May 25, 2020 00:00 IST Balbir Singh Sr Played With A Fractured Finger Vs Pakistan In Olympic Hockey Final, Recollects Tulsidas Balaram 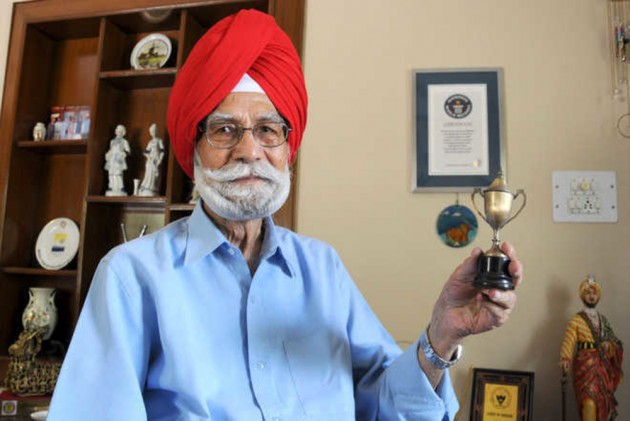 He did not score in India's Olympic gold grabbing win over Pakistan in the 1956 Games final but hockey skipper Balbir Singh Senior had come out playing that match with a fractured finger, recalled footballer Tulsidas Balaram.

Balaram was part of the Indian football team that finished a historic fourth in the 1956 Olympics and remembered how iconic Singh took pain-killing injection before the summit clash against the arch-rivals.

The three-time Olympic gold medallist Singh died this morning at a Mohali hospital at the age of 96.

"...so many memories from 1956 Olympics ... especially the manner he (Singh) rose above everything as India defeated Pakistan in the final," Balram wrote on All India Football Federation's official website.

"Balbir-paaji's dedication was heroic. He came out with a plaster on his finger and took pain-killer injections before the match."

India beat Pakistan 1-0 in the final to claim a hat-trick of gold medals.

"He (Singh) was a culmination of many. In my entire sporting career, I have hardly seen another sportsperson as disciplined, dedicated, and honest as him. His athletic build complemented his agility. His turn, precision and ability to generate pace from nowhere was above all."

The 84-year-old Balaram is the only one surviving from the famous Indian trio along with Chuni Goswami and P K Banerjee, who died earlier this year.

He said during the 1956 Olympics in Melbourne, the Indian contingent stayed at one corner of the Games Village and football and hockey players trained together sometimes as the their grounds were close to each other.

"As an ardent hockey follower since my childhood, I got a bit star-struck in the Games Village seeing Balbir Singh, Leslie Claudius, Shankar Lakshman, Ranganathan Francis, Amir Kumar and many more.

"Everyone in the team was not just a player, but an elegant artist! The coordination between Udham Singh and Balbir Paaji was terrific and even as the hockey team began its campaign, Balbir-paaji's fiver against the Netherlands in the previous Olympics (1952 Helsinki) final was still going around like a fairy tale."

Balaram recollected Singh picked up an injury and had to sit out for most of the campaign. Randhir Singh stepped in as the interim captain till Singh came back in the semi-final.

"India (were) pitted against Germany in the hockey semi-finals at the majestic Melbourne Cricket Ground (and) our captain (Singh) led from the front as India won by a solitary goal to set up a clash of titans against Pakistan in final.

"After bowing out in 1948 and 1952, Pakistan finally reached the final and they were desperate to end India's monopoly. It was nerve-wracking, and the entire Indian contingent was feeling it."

The hockey final match was held at the same stadium where the Indian football players had played all their matches. The football team later played against Bulgaria in the bronze-medal match.

"It was a close, very close match but finally, Gentle Singh's goal proved to be the difference between India and Pakistan."