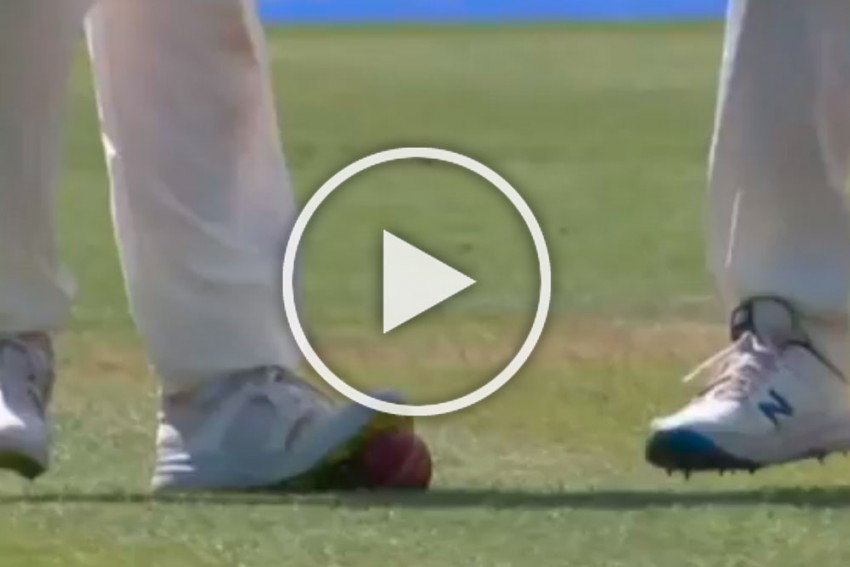 The England team caused a flutter when two of its players tried playing a bit of "football" with the red cherry during the post-lunch session on the fourth day of the second Test at Lord's. Highlights | Scorecard | Cricket News

A footage from the official broadcasters emerged where one England player passed the ball to another, who used his spikes to trap it, raising a social media storm as accusations of ball tampering flew thick and fast.

However, Indian batting coach Vikram Rathour felt it was "not deliberate".

"We saw it much later but I don't think it was deliberate," Rathour said at the post-day press conference.

The incident was recorded in the 35th over of the Indian second innings, bowled by Ollie Robinson.

The footage didn't show the face of the players. The matter did not escalate and the umpires didn't change the ball.

In fact, when an Indian fan asked Stuart Broad on social media if it was intentional, the injured England seamer replied: "Of course, it wasn't."

Depends If it was damaged? Exactly the same if it was hit into the stands. If it didn’t make a mark, why change it ?


Broad's explanation was that if the umpires needed to check the ball after the particular incident to ensure it hasn't been fiddled with, then every six would warrant a ball check.