Anirudh Thapa had missed India's match against Asian champions, Qatar on Thursday which they lost 0-1 in the joint FIFA World Cup and Asian Cup qualifiers 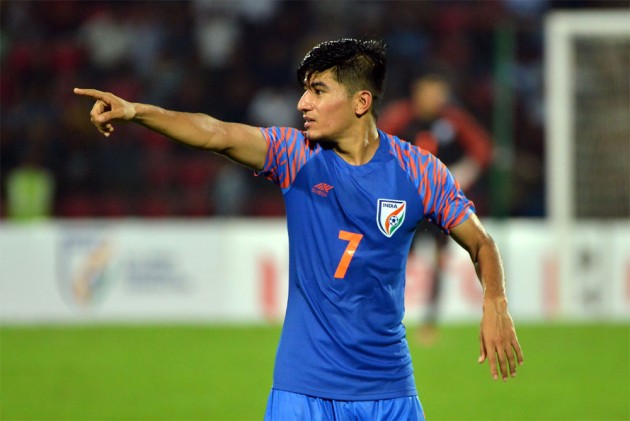 India midfielder Anirudh Thapa, who tested positive for COVID-19 a few days back, on Sunday rejoined the team after being cleared by the organising committee doctor ahead of the World Cup qualifiers match against Bangladesh. (More Football News)

The 23-year-old Thapa had tested positive for COVID-19 on June 3 and had been under quarantine in a separate room in the team hotel in Doha since then.

"Anirudh Thapa who was in isolation on advice of LOC medical team since June 3 has been cleared by the LOC Doctor to rejoin the team after subsequent tests, and being under observation," the All India Football Federation said in on its Twitter handle.

Camp update from Doha: Anirudh Thapa who was in isolation on advice of LOC medical team since June 3 has been cleared by the LOC Doctor to rejoin the team after subsequent tests, and being under observation.#WCQ #IndianFootball pic.twitter.com/sdty03b6y0

Thapa had missed India's match against Asian champions Qatar on Thursday which they lost 0-1 in the joint World Cup and Asian Cup qualifiers.

He had featured in the Indian team that lost 0-6 to the UAE in the international friendly in March.

Earlier, the AIFF General Secretary Kushal Das had said that Thapa has been kept in isolation after testing positive for the virus.

"Yes, Anirudh Thapa tested positive (for COVID-19) and he is isolated (from other team members)," Das told PTI on Saturday.

The Chennaiyin FC player has played more than 20 matches for India.

India are already out of contention for a World Cup berth but remain in the reckoning for the 2023 Asian Cup.

With three points from six matches, a winless India are at fourth spot in the Group E standings. They play Afghanistan on June 15 in their last match after the Bangladesh game on Monday.