Bangladesh are still digesting the bitter taste of a forgettable T20 World Cup campaign, and are glad for Pakistan's visit to start making better memories. 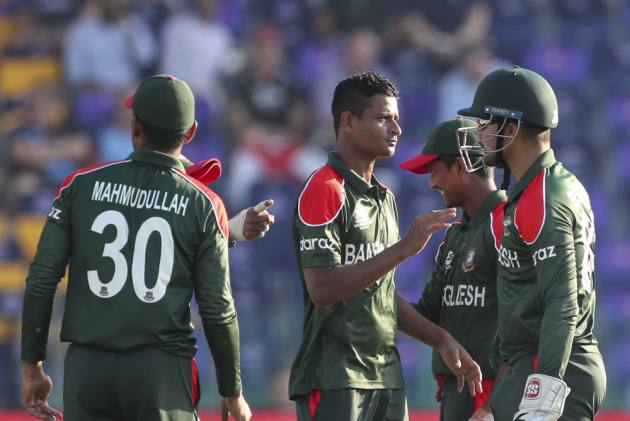 A series of three Twenty20s against Pakistan starting on Friday has come at the perfect time for Bangladesh, says captain Mahmudullah.

Bangladesh is still digesting the bitter taste of a forgettable T20 World Cup campaign, and is glad for Pakistan's visit to start making better memories.

The team lost to Scotland but qualified for the Super 12s, where it didn't win a game. It departed with six losses in eight games just over three weeks ago.

“What happened in the World Cup is now past and, really, I don't want to talk about that," Mahmudullah said on Thursday.

"If we keep talking about the World Cup, it will have a negative impact on our performance.

“This series is an opportunity for us to show our ability. Yes, it will be a challenging series given Pakistan is one of the best teams in the world but I believe if we can start well, we'll stand a good chance.”

Bangladesh reacted to the T20 World Cup disappointment with sweeping changes to the squad, calling up six players including four newcomers.

“There is no pressure," Mamudullah insisted. "No matter what the strength of the team is, I believe its the best team on the day who wins in T20 cricket.”

For a good start, Mahmudullah believes it is imperative to deal with Pakistan left-hand pacer Shaheen Shah Afridi, who has made a habit of taking wickets in the first powerplay.

“(Afridi) is one of the best in the business with the new ball in this format. We have a plan up our sleeves for him,” he said without elaborating.

Babar Azam, skipper of the Pakistan team which reached the T20 World Cup semifinals, said they were wary of dropping their guard just because Bangladesh has a new squad and is coming off a poor T20 World Cup.

Babar cited Bangladesh's series wins over Australia (4-1) in August and New Zealand (3-2) in September; both were the finalists at the T20 World Cup.

He said Bangladesh at home can beat any team.

“Bangladesh is not an easy opponent, especially in their home conditions. They have shown recently what they are capable of,” he said.

“They are missing some players, but the ones who are here all played in the BPL (Bangladesh Premier League) and are capable of doing something very good. We are keen to build on the momentum we got from the T20 World Cup.”