Abdullah Shafique achieved the feat by making 73 runs off 129 balls with eight fours and one six in Pakistan’s second innings on the fifth day of the first Test match against Bangladesh. 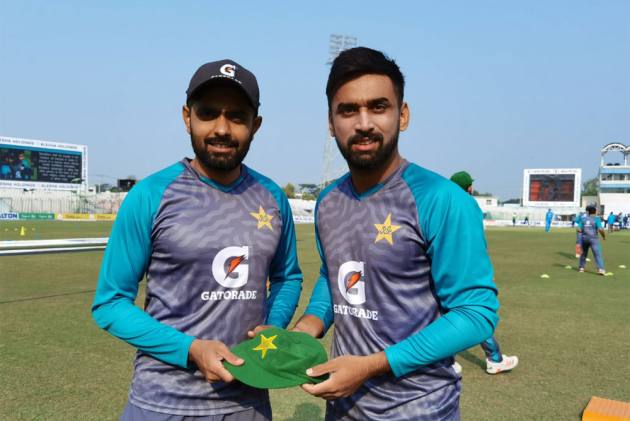 The right-handed opening batter from Sialkot achieved this feat by making 73 runs in 188 minutes off 129 balls with eight fours and one six in Pakistan’s second innings on the fifth day of the first Test match against Bangladesh at Zahur Ahmed Chowdhury Stadium, Chattogram on Tuesday (November 30).

The 22-year-old made 52 in 233 minutes off 166 balls with two fours and the same number of sixes in Pakistan’s first innings.

Azhar Mahmood (128 not out and 50 not out, against South Africa at Rawalpindi in October 1997), Yasir Hameed (170 and 105 against Bangladesh at Karachi in August 2003), Umar Akmal (129 and 75 against New Zealand at Dunedin in November 2009) and Fakhar Zaman (94 and 66 against Australia at Abu Dhabi in October 2018) are the four Pakistani who made two 50 plus scores in both innings on Test debut before Abdullah Shafique.

TWO FIFTY PLUS SCORES ON TEST DEBUT FOR PAKISTAN