Fakhar Zaman and Mohammad Rizwan stitched together an 85-run partnership that was instrumental in overhauling Bangladesh's paltry 108/7 with 1.5 overs to spare in the 2nd T20 in Dhaka. 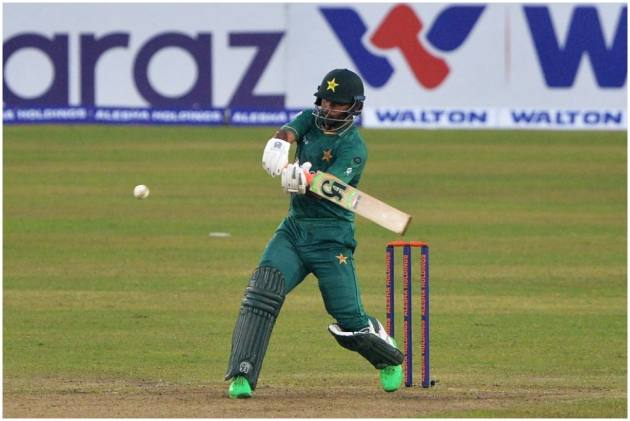 Fakhar Zaman hit 57 not out to guide Pakistan to an eight-wicket victory over Bangladesh that clinched the three-match T20 series 2-0 on Saturday. Zaman and opener Mohammad Rizwan put on an 85-run stand that was instrumental in overhauling Bangladesh's paltry 108-7 with 11 balls to spare.

Rizwan scored a patient 39 off 45 with four boundaries. Zaman was watchful after captain Babar Azam (5) dragged fast bowler Mustafizur Rahman's (1-12) delivery on to his stump in the third over, similar to his dismissal in the first match.

“Wasn’t easy to play shots early on, wanted to build partnerships and succeeded,” Zaman said. “Thankfully we finished it off well.” He paced the innings, especially after being reprieved on 26 when Saif Hassan dropped his catch in deep midwicket off legspinner Aminul Islam (1-30).

Zaman brought up his seventh half-century off 40 balls and then finished the game off on his own, as Pakistan got to 109-2. Shaheen Shah Afridi (2-15) and Shadab Khan (2-22) caused the damage to Bangladesh amid Najmul Hossain's resistance after captain Mahmudullah opted to bat first.

Najmul struck 40 off 34, hitting five fours. Afridi, replacing Hasan Ali, continued his habit to strike in the first over as he trapped Saif Hassan leg-before for duck in the fifth ball. Naim Sheikh edged Mohammad Wasim's delivery to first slip for 2 in the second over, leaving Bangladesh at 5-2.

Afif Hossain flicked Afridi to six over backward square leg in the first ball he faced. He also cut Wasim past point for a boundary as Bangladesh appeared to be in control. Najmul Hossain Shanto at the other end recovered from his vulnerable start to dominate bowlers.

But Shadab Khan stifled the innings and brought an end to the 46-run partnership when Afif's premeditated reverse paddle cost his wicket for 20. Najmul chipped in the air to give Shadab, who dived to his left to take an excellent catch, his second wicket.

Haris Rauf in between took the wicket of Mahmudullah, edging to wicket-keeper for 12, as the home team was 82-5 in 14th over. Afridi and Wasim came back to their second spells to torment Bangladesh further, allowing them to score just 23 runs in the last five overs.

“We started well, Afif and Shanto batted well and we were trying to get a partnership but didn't capitalize in the last few overs,” Mahmudullah said. The third T20 is on Monday.