Bangladesh Cricket Board: No Legal Action But Shakib Al Hasan Must Reply To Showcause Notice

Shakib al Hasan had signed as the brand ambassador of country's telecom major 'Grameenphone', which is a direct competitor of Bangladesh cricket team's sponsor 'Robi'. 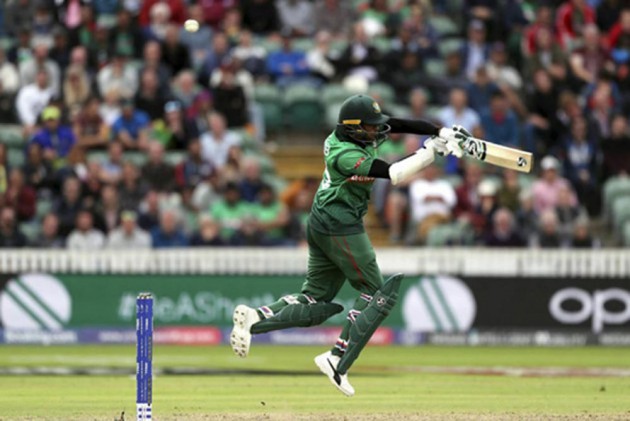 Shakib al Hasan is unlikely to face any legal action from the cricket board but Bangladesh's Test and T20 captain will still have to reply to the showcause notice for violation of central contract clause, CEO Nizamuddin Chowdhury said.

Shakib had signed as the brand ambassador of country's telecom major 'Grameenphone', which is a direct competitor of team's sponsor 'Robi'.

According to the central contract clause, this is a violation and an angry BCB president Nazmul Hasan Papon had threatened legal action against country's best player.

However, according to Bangladesh's CEO Chowdhury has said that no legal action will be taken against Shakib.

"It's an internal matter of the board and that's why there is no need to take any legal action against Shakib. However he certainly has to explain why he signed an endorsement deal which is in violation of central contract," BCB CEO has been quoted by country's leading Bengali daily 'Prothom Aalo'.

Earlier BCB president had lashed out the senior cricketer accusing him of causing financial loss to the cricket board by breaching the central contract clause.

"We are going into legal action. We cannot spare anyone in this regard. We will ask for compensation. We will seek compensation from the company as well as from the player," Hasan had said after Grameenphone issued a press release naming the player as their 'Brand Ambassador'.

"Robi [Telecom] was our title sponsor and Grameenphone did not bid and instead they grabbed few cricketers by paying them TK One or Two Crores. What happened in the end? The board lost TK 90 Crores in three years," he had also said.