The eight-wicket win over New Zealand was Bangladesh's first win in the ICC World Test Championship. Bangladesh have lost eight of their nine matches in the first WTC cycle. It was Bangladesh’s sixth away win in Tests. 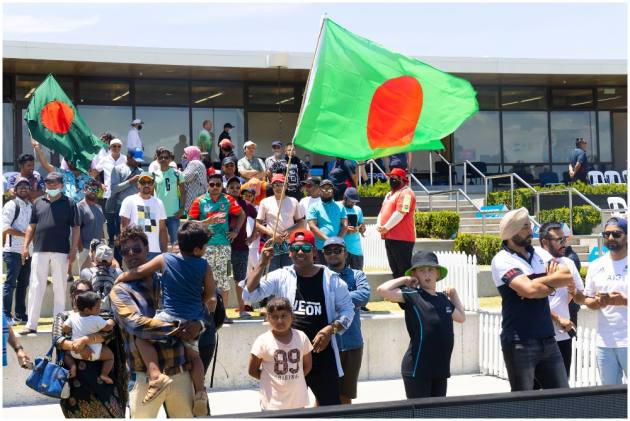 Bangladesh posted their maiden victory over New Zealand in Test cricket after winning the first Test match of the series by eight wickets on the fifth and final day at Mount Maunganui on Wednesday. (More Cricket News)

They had taken on New Zealand in 15 Tests before this, losing 12 of them. It was also Bangladesh’s maiden win in the World Test Championship, having lost eight of their nine matches in the first cycle. (NZ vs BAN First Test I Scorecard)

The eight-wicket victory was Bangladesh’s first in any format against New Zealand in New Zealand. New Zealand had won each of the previous 32 matches at home against Bangladesh, by far the longest winning streak at home for any team against a single opponent

** New Zealand’s defeat was their first after 17 consecutive home Tests without a defeat. It was their longest unbeaten streak in Tests at home, a run that started after losing to South Africa in 2017. This defeat against Bangladesh also halted New Zealand's record spree of eight Test series wins at home.

** Ebadot Hossain recorded second bowling figures by a Bangladesh pacer in Tests by taking 6 for 46 in New Zealand's second innings. Only Shahadat Hossain has better figures - 6 for 27 against South Africa at Dhaka in 2008. Ebadot Hossain is also the first Bangladesh pacer since Robiul Islam in April 2013 to take more than five wickets in an innings in Test cricket.

** Bangladesh’s pacers picked up 13 wickets in this Test match, the most they have ever bagged in a Test match. Their previous highest was 11 against Zimbabwe at Harare in 2013. Nine of the 13 wickets came in the second innings alone, the joint-most by Bangladesh's pacers in a Test innings.