According to the company dealing with the tennis legend Boris Becker's bankruptcy, the auction of trophies and memorabilia has raised around 860,000 dollars. 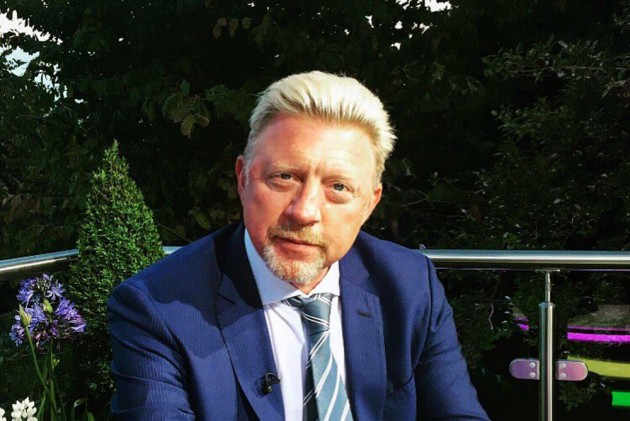 An online auction of 82 of the trophies and other memorabilia of bankrupt German tennis legend Boris Becker notched approximately £687,000 ($860,000), according to the company dealing with his bankruptcy.

The 51-year-old six-time Grand Slam winner was declared bankrupt two years ago and his debts could total as much as £50million although that could be reduced significantly if several claims are dismissed.

A replica of the 1989 US Open trophy -- when Becker beat Ivan Lendl -- realised the highest price of £150,250 in the auction which was extended by several hours due to last-minute bids.

Bidders included some from people attending Wimbledon, according to Terry Madden of the auctioneers Wyles Hardy.

In all there were 495 bidders from 32 different nationalities for trophies, photographs and other memorabilia, although several of the many trophies won by Becker -- including his two Australian Open wins and some from his three Wimbledon triumphs -- have yet to be found.

"Following huge amounts of global attention on the auction of the trophies and memorabilia from Boris Becker's career, we are pleased to announce that it has come to a close with the total bids significantly exceeding last year," said Mark Ford, of London-based firm Smith & Williamson, lead trustee to the bankruptcy estate of Becker.

"The bids received show the enduring appeal Mr Becker has with the public, and supports the trustees' decision to postpone the auction last year and to hold it again this year during the grass court tennis season."

The auction had to be postponed last year when Becker, still the youngest player at 17 to have won the Wimbledon men's title in 1985, claimed diplomatic immunity due to being appointed the Central African Republic's "sporting, cultural and humanitarian attache to the European Union".

Ford told AFP: "It certainly was a very unusual and probably difficult time." Becker subsequently withdrew that claim last December allowing Ford to proceed once more with the auction and it paid dividends in that last year the US Open trophy attracted a bid of just £36,000.

However, Ford once again asked that those with any knowledge of where the missing trophies are to come forward.

"We still hope to locate and recover the missing trophies including six relating to Mr Becker's successes at Wimbledon and his two Australian Open titles," he said.

"If anyone has any information relating to these, please contact the trustees in bankruptcy."