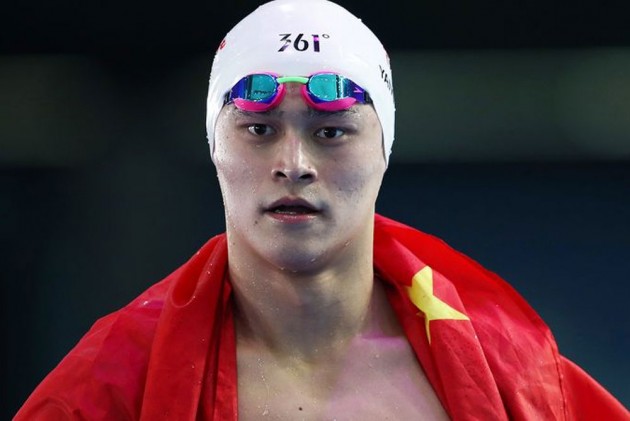 The World Anti-Doping Agency (WADA) demanded answers Friday after reports that Chinese swimming star Sun Yang was called up for national training for the Tokyo Olympics in an apparent breach of his doping ban. (More Sports News)

The latest incident in the colourful career of the three-time Olympic champion comes two months after he was given an eight-year ban for refusing to provide a doping sample.

Unless he is successful with an appeal, the 28-year-old will not be eligible for the Tokyo Games in 2021 and his career is effectively over.

However, Chinese media said on Thursday that Sun had been included on a list of swimmers called up for national training between April 1 and June 30.

Media published a notice purporting to show Sun's name on the list for preparations for the Olympics, which have been moved to the summer of 2021 because of the coronavirus pandemic.

"The previous notice is invalid," CSA said in a short statement.

But that may not satisfy WADA, who said in a short statement to AFP on Friday: "We are following up with the relevant authorities to establish the facts in this matter."

Sun has kept a low profile since he was banned. It was his second doping violation, having been suspended for three months in 2014 for taking a banned substance.

Sun said in the immediate aftermath of February's Court of Arbitration for Sport (CAS) ruling that he would appeal to the Swiss Federal Tribunal.

He is accused of refusing to provide blood and urine samples when drug testers visited his home in China in September 2018.

A vial of his blood was smashed with a hammer during the tempestuous testing session.

Britain's James Guy, a two-time Olympic silver medallist, said he was "shocked" and "speechless" over the reports that Sun was named in the training squad.

"They've been to CAS, he's been given a ban and that's it. It's over," he said, according to Swimming World.