Koeman does not believe Barcelona are stronger than LaLiga title rivals Atletico Madrid, Real Madrid and Sevilla this season. 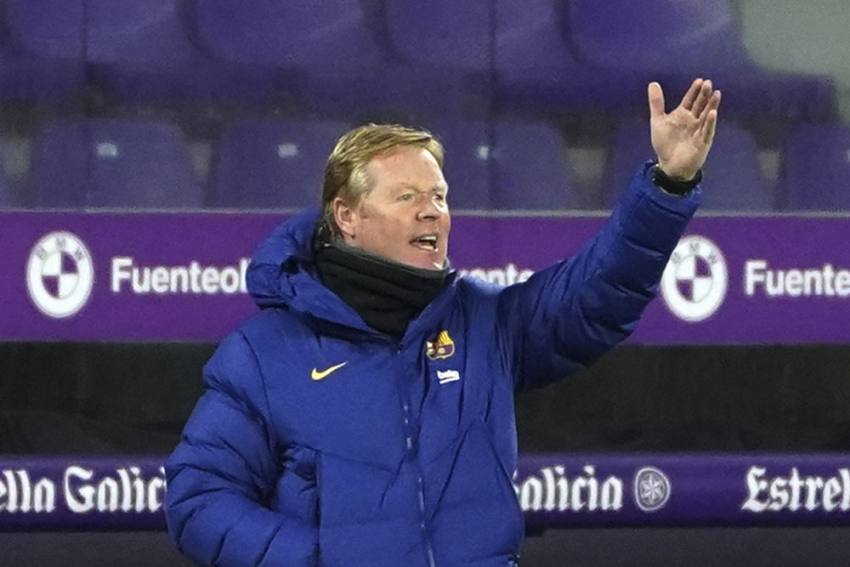 Barca – who have a game in hand – moved within five points of leaders Atletico following Thursday's 5-2 victory over Getafe.

Lionel Messi scored twice in an action-packed first half at Camp Nou, where Clement Lenglet's own goal cancelled out the superstar captain's eighth-minute opener within four minutes.

Getafe's Sofian Chakla turned the ball into his own net in the 28th minute before Messi extended Barca's lead five minutes later.

Enes Unal's penalty after a VAR review gave Getafe hope, but Ronald Araujo headed in from Messi's superb corner before Antoine Griezmann converted from the spot in stoppage time.

Copa del Rey champions Barca are a point ahead of fourth-placed Sevilla and two adrift of Madrid, and head coach Koeman said post-match: "I don't think we're stronger than the other three teams [Real Madrid, Atletico and Sevilla].

"They're winning games too and we all have tough matches left.

"The fight will be until the final day."

Messi reached 25 LaLiga goals for the season in Barca's win over Getafe, and in doing so he matched a feat achieved by Cristiano Ronaldo.

The six-time Ballon d'Or winner and Juventus foe Ronaldo are the only players from the 'top five' European leagues to have scored at least 25 goals in 12 different seasons this century.

Unlike Ronaldo, Messi has achieved his run of seasons with at least 25 goals by reaching the mark in consecutive campaigns, beginning in 2009-10.

While Ronaldo has had such seasons for Manchester United, Real Madrid and current club Juventus, for whom he has scored 25 in Serie A this season, Messi's goals have all come with Barcelona.

The twin strike on Thursday also ended a mini barren run in home league games against Getafe. Messi had previously not scored in his three most recent appearances against them at Camp Nou, his longest streak without scoring at home against them in the competition.

THIS IS THE WAY. pic.twitter.com/4x3FkvyLoY

Messi has scored four doubles in his last six games, as many as in his previous 25 games in all competitions.

It comes amid continued uncertainty of Messi's future, with the 33-year-old out of contract at season's end and linked with either Manchester City or Paris Saint-Germain on a free transfer.

"If I had spoken to Leo, I wouldn't tell you," Koeman added. "The decision [to stay] is in his hands.

"He never lets his concentration slip. If he does, you don't notice it in his game.

"We need him. Today, he was decisive again. Let's hope he stays for many years."