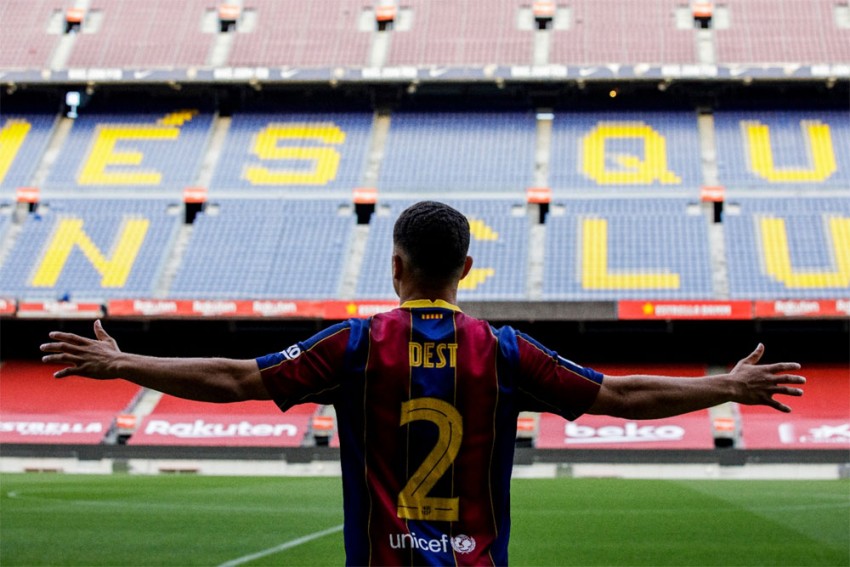 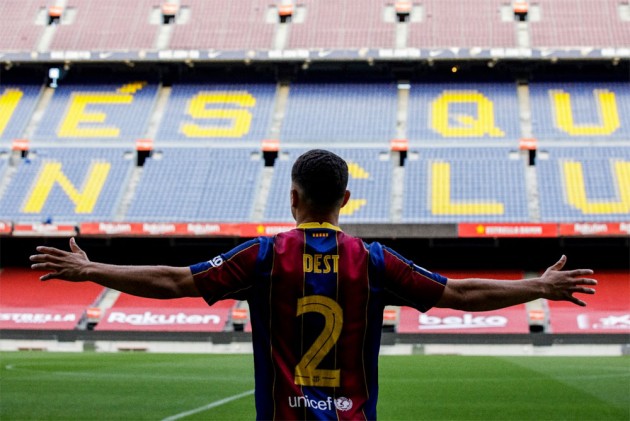 Barcelona have completed the signing of right-back Sergino Dest from Ajax for an initial €21million. (More Football News)

The 19-year-old United States international has signed a five-year contract with a €400m buyout clause, while the deal could eventually cost Barca €26m.

Barca faced stiff competition for the Ajax academy product, with Bayern Munich said to be also keen on his signature, but his signing for the Blaugrana appeared a formality after he was spotted arriving in Catalonia on Tuesday.

Dest broke into the Ajax senior side just last season, playing 35 times across all competitions as he established himself as an alternative to Noussair Mazraoui.

An attack-minded full-back, Dest was originally a winger when he first joined Ajax, but he has thrived following a positional switch.

Technically gifted, quick and a fine dribbler, Dest's performances saw him catch the eye of several major clubs in his breakout season, but it is the well-travelled path from Ajax to Barca that he has decided to tread.

Barca had been on the lookout for a new right-back following the exit of Nelson Semedo, who failed to convince coaching staff and fans alike during his three years at Camp Nou.

Netherlands-born Dest has already been capped three times by the United States' senior side, whom he is eligible for through his father.

Barca have not confirmed if Dest will be in contention to make his debut on Thursday at Celta Vigo, or if he will have to wait for the visit of Sevilla three days later.

IPL 2020: How BCCI's Often-critcised NCA Got Shivam Mavi, Kamlesh Nagarkoti Up And Running