Ronald Koeman insists he was not sending a message to Antoine Griezmann by leaving the misfiring forward on the bench for Barcelona's win over Sevilla. 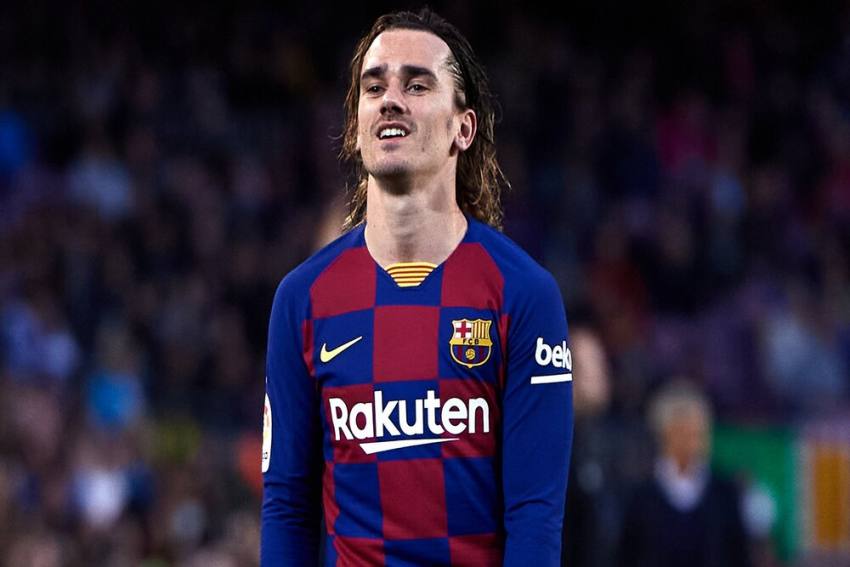 Ronald Koeman insists he was not sending a message to Antoine Griezmann by leaving the misfiring forward on the bench for Barcelona's 2-0 victory over Sevilla. (More Football News)

Griezmann has gone six games without a goal in all competitions and was named among the Barca substitutes for the second match running on Saturday.

Unlike in the 3-0 win over Elche in midweek, the France international was not brought on as Koeman instead turned to Martin Braithwaite with the game poised at 1-0.

Explaining his decision to bring on Braithwaite instead of Griezmann for the final eight minutes, Koeman said: "It's not a message, no.

"We decided to change the system and, to be able to get in behind, we put Dembele up top.

"With the first goal, we said that we needed someone quicker than Griezmann on [Lionel] Messi's side. It's not a punishment."

Dembele opened the scoring just short of the half-hour mark at the Ramon Sanchez-Pizjuan and Messi sealed the victory with his 30th goal against Sevilla in LaLiga - his best return against any opponent.

Barca's win was their ninth in 10 LaLiga outings and leaves them two points adrift of leaders Atletico Madrid, who have a couple of games in hand.

The Catalan giants face Sevilla again on Wednesday at Camp Nou, where they will be looking to overturn a 2-0 deficit in the second leg of their Copa del Rey semi-final tie.

And after overcoming the Europa League winners in the league, Koeman is hopeful of a repeat scoreline when the teams reconvene in Catalonia.

91,1% - Lionel Messi  has scored, assisted & booked combined. He has completed 41 of his 45 passes in opp half vs Sevilla (91,1% of passing accuracy), his second best % in a single LaLiga games this season, only behind game played at Celta (92,2%). Omnipresent @FCBarcelona pic.twitter.com/rOGIByhto3

"Of course we believe," he said. "That's our mentality, but Wednesday's game will be different because they will analyse the mistakes they made.

"But yes, of course, we have a chance. I don't want to give more importance to the Copa game. We have to win and we have to fight. We will try to stay in all competitions until the end."

The victory may have come at a cost for Barcelona, however, as Gerard Pique and replacement Ronald Araujo - only just back from an ankle injury - both sustained knocks.

Pedri also left the field in the final 20 minutes after injuring his leg and will be assessed on Sunday, with all three players now doubtful for the cup tie against Sevilla.

"We have to wait and see about the injuries, we still don't know," Koeman said.

"But despite the changes we had to make we kept the same rhythm because we have a deep squad that doesn't get annoyed [when not playing]."