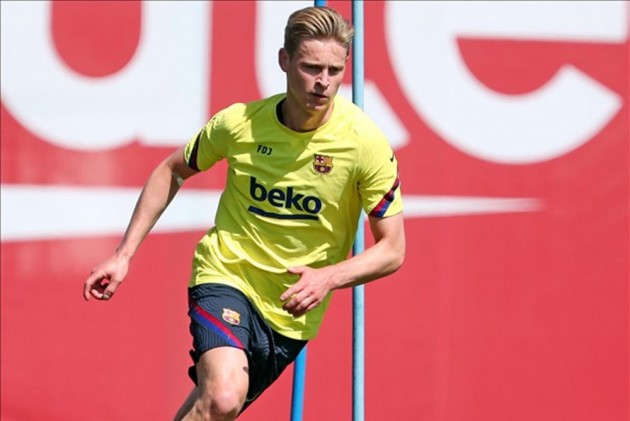 Barcelona confirmed they have detected an issue in the soleus muscle in Frenkie de Jong's calf after missing the draw with Sevilla. (More Football News)

The Netherlands international had to miss Friday's trip to the Ramon Sanchez Pizjuan, where Barca were frustrated in a goalless stalemate.

It was confirmed a day earlier that De Jong had been ruled out through injury, though the club did not reveal what the issue was.

Following further medical tests, Barca were able to determine the former Ajax talent is suffering with a problem in his soleus muscle in the right calf.

MEDICAL COMMUNIQUÉ | In the clinical follow-up on @DeJongFrenkie21 an injury to the soleus of the right leg was detected
https://t.co/B7kZHqTlPE pic.twitter.com/b55p2Io6pb

However, the club have not commented on how long he could be out for, saying the "evolution of the injury will condition the player's availability."

De Jong is in his first season at Camp Nou and has made 38 appearances across all competitions.

Barca are next in action at home to Athletic Bilbao on Tuesday, but by then they could have surrendered their place atop of LaLiga.

Friday's draw in Seville leaves them just three points ahead of Real Madrid, who have a game in hand.

Should Los Blancos win that match – away to Real Sociedad on Sunday – they will go top of the league due to their superior head-to-head record against Barca.