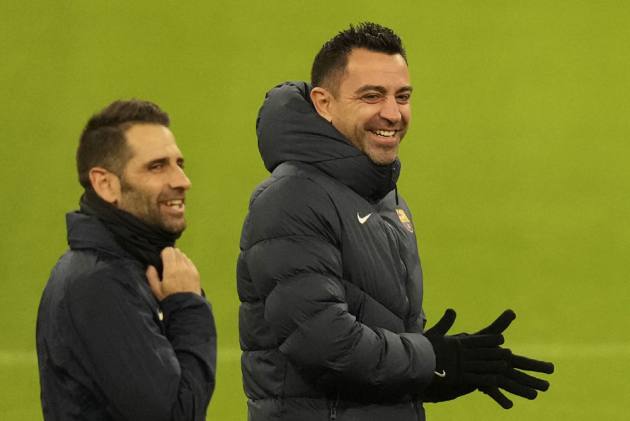 A look at what’s happening in the Champions League on Wednesday:

Barcelona enters its match at already-qualified Bayern Munich facing the possibility of not advancing to the knockout stage for the first time in 18 seasons, which would be a hard blow for the struggling Catalan club in its first season without Lionel Messi in nearly two decades. Barcelona has a two-point advantage over third-placed Benfica in Group E, but only the victory in Germany will guarantee Xavi Hernández’s team in the knockout stage. Benfica hosts already eliminated Dynamo Kyiv. (More Football News)

With Manchester United confirmed to finish as the group winner, the focus is on who out of Villarreal and Atalanta joins the English team in the last 16. They meet in Atalanta, with the Italian side a point behind second-place Villarreal and therefore needing a win to go through as runner-up. A point will be enough for Villarreal. Swiss team Young Boys travels to United, for whom Ralf Rangnick takes charge of his second game since becoming interim manager, and needs a victory to stand a chance of finishing in third place and dropping into the Europa League knockout playoffs. Atalanta would also need to lose for that to happen.

It’s all or nothing for Wolfsburg, which can reach the last 16 by beating group leader Lille at home. If that happens, the winner between Salzburg vs. Sevilla in Austria would finish top of this closely fought group. Lille is on 8 points, Salzburg 7, Sevilla 6 and Wolfsburg 5. Third place is no longer possible for the German team. Even if Sevilla loses in Salzburg, the Spanish side would finish ahead of Wolfsburg due to their head-to-head record. American forward Timothy Weah will miss Lille’s crucial match in Wolfsburg because of a thigh injury. The French champions will qualify for the knockout stage if they avoid defeat. Lille will also be without the suspended Jonathan Bamba and Xeka in Germany.

The winner of the group is still to be determined, with Chelsea and Juventus both on 12 points and guaranteed to be the two teams going through to the last 16. Defending champion Chelsea leads courtesy of a superior head-to-head record so a win at Zenit St. Petersburg would secure first place. Juventus hosts Malmo, which is coming off retaining its Swedish league title at the weekend. There is little jeopardy remaining, though, since Zenit is assured of finishing in third place — and going into the Europa League knockout playoffs — and Malmo will finish last.