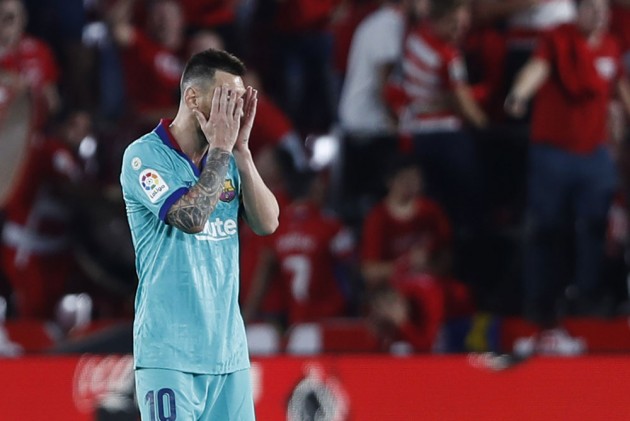 Barcelona have made their worst start to a LaLiga season for 25 years after falling to a 2-0 loss away to promoted Granada. (More Football News)

The Spanish champions have taken a single point from their three away games this season, failing to win any of their past seven matches on the road in all competitions.

Ramon Azeez and Alvaro Vadillo struck to condemn Barca to defeat at Nuevo Los Carmenes on Saturday, a stunning result that moved newcomers Granada top of the table on goal difference.

Barca, meanwhile, are lagging behind in seventh spot with seven points from as many games.

However, similar troubles for Real Madrid and other elite LaLiga clubs mean they are only three points behind the leaders.

7 - With seven points from five games, Barcelona have made their worst start to a LaLiga season since 1994/95 (also seven – three points per win). Worry.pic.twitter.com/6VligaBXmq

The last time they made such a poor start to a league campaign was in 1994-95, towards the end of the Dream Team era under legendary coach Johan Cruyff.

Barca finished fourth that season and exited the Champions League at the quarter-final stage, losing to Paris Saint-Germain.