Barcelona prepare for a new coach as Quique Setien leaves, with Lionel Messi, veterans and Real Madrid on the agenda 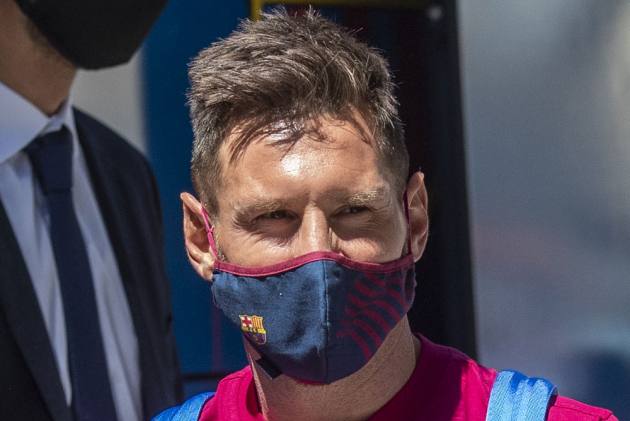 The sacking of Setien after seven months was unavoidable following the 8-2 drubbing by Bayern Munich in the Champions League.

Josep Maria Bartomeu had hoped the appointment of Setien in January would be the last the club would make before next year's presidential elections.

But Bartomeu has seen his tenure as president unravel dismally and the prospect of finding a quick fix appears daunting.

There are abundant challenges awaiting the new coach and we have assessed the most pressing among them.

Ease the burden on Messi

Lionel Messi has been captain of Barcelona since 2018, not to mention the chief goalscorer, assist provider, get-out-of-jail card and, at times, apologist.

READ: Koeman To Replace Setien As Next Barcelona Manager - Reports

He carried the team as far as he could in 2019-20 but it was not far enough. At 33 there is little doubt the great Argentinian has plenty still to offer, but it was a frowning Messi who left the pitch in Lisbon after the Bayern humiliation, chastised and perhaps concerned for what the rest of his career holds.

Messi has driven Barcelona to dizzying heights over the past 15 years, but to get the best of him during these twilight years of his career, it would behoove Barcelona to allow their greatest ever player to relax into doing what he does best.

2 - Since May, when football resumed in Europe’s top-five leagues, the two players involved in the most goals in all competitions are @FCBayernEN @lewy_official (14 goals, 3 assists) and @FCBarcelona Lionel Messi (7 goals, 9 assists). Power. pic.twitter.com/mMIL4RJrYN

Perhaps Messi will wish to remain the nominal captain and mouthpiece under the new regime, but there needs to be significant leadership surrounding him, presenting voices of authority, freeing him to point the way by example.

His silence after the Bayern game was telling. Messi has reached a crossroads. There is no certainty his Barcelona stay will end happily. In fact, this could become quite messy.

Barcelona lost their way in the LaLiga title race after lockdown, with a sprightly Real Madrid dashing past them to the finish line.

Then it was a Bayern team that contained a well-balanced mix of youth and experience that trounced Setien's men in Portugal.

Barcelona's average player age in that Lisbon starting XI was 29 years and 329 days, the oldest side they have ever fielded in the competition, and the problems pre-date Setien when it comes to promoting youth and retaining an ageing workforce.

Over at the Santiago Bernabeu, Madrid have astutely brought through, developed, and in some cases acquired a terrific raft of youngsters, many of whom have made a significant first-team impact.

The likes of Federico Valverde, Rodrygo and Vinicius Junior played useful roles in their title-winning campaign, with Martin Odegaard and Dani Ceballos now returning to the club after loan stints at Real Sociedad and Arsenal respectivel to give Zinedine Zidane new options.

Barcelona have promising players emerging from their La Masia academy, including Riqui Puig, Ronald Araujo and Ansu Fati, but there continues to be too great a reliance on the old guard.

Barcelona have had the biggest salary budget in Spain, but they are not making it count.

Fortunes have been spent in the transfer market, too, on the likes of Ousmane Dembele, Philippe Coutinho and Antoine Griezmann, with all three struggling to adapt to their Camp Nou surroundings. Each cost Barcelona upwards of €100million.

Dembele missed much of the season just gone due to injury and at 23 is certainly young enough to make a fresh start under the new boss, while Coutinho is 28 and Griezmann turns 30 next March.

The incoming coach may feel he can harness the talents of each man, but there is also the possibility of cashing in now, with Coutinho expected to depart permanently once he returns from his loan at Bayern.

Barcelona's finances are being hit hard by the pandemic, and the new coach may have to generate his own transfer funds very quickly.

After those European nightmares, Barca must develop a spine

It typically takes three to six months, but frequently longer, for a hospital patient to recover from spinal surgery. Barcelona have a matter of weeks to repair theirs.

Make no mistake, it must be badly broken.

Those Champions League thumpings by Roma, Liverpool and Bayern over the past three seasons have exposed the weakening backbone in the Barcelona side, even if man for man there is undoubted star quality within the ranks.

The likes of Gerard Pique, Sergio Busquets, Ivan Rakitic and Luis Suarez have achieved great things at the club, but questions can be asked about all four veterans. Not one of those quartet could be considered in his prime, with diminishing returns setting in.

The newspaper Mundo Deportivo reported that the only three players Barcelona will not consider selling are Messi, midfielder Frenkie de Jong and goalkeeper Marc-Andre ter Stegen.

A new coach with a hefty sweeping brush and the authority to enforce change is needed. Don't hold your breath.

Do all this in a matter of weeks, and keep pace with Real Madrid

The reality is that regime change can be a slow process, and the new Barcelona head coach in all likelihood will not find it easy to push out the old faces and bring in the new personalities this decaying team requires.

The mid-September start to the LaLiga season allows little time to impose the radical change required, and in any event there could be monumental obstacles to overcome at a highly political club.

Perhaps it all comes back to Messi. If he appreciates his own on-pitch contribution is slowly waning, as statistics show it is (assists and attempted dribbles are up, but goals and ball recovery are significantly down), then he must know that the same applies to his thirtysomething peers.

And if Messi can entertain the idea that having a slightly younger group around him, prepared to do the hard yards and allow him to go through his own defence-shredding repertoire, then now might be the time to speak up. Otherwise the narrow gap between Spain's top two clubs could soon become a chasm.

Now would also be a grand time to prepare a Messi succession plan. Because although the king remains on his throne, you never know when that might come in handy.