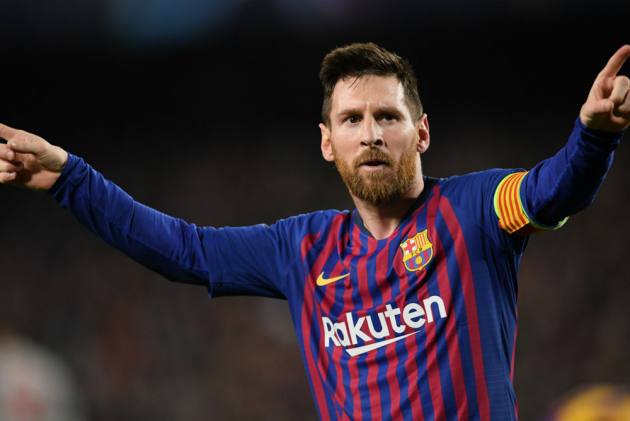 Lionel Messi edged out Virgil van Dijk to claim the Ballon d'Or for a record sixth time on Monday.

The Barcelona superstar climbed four places from his 2018 ranking as he beat runner-up Van Dijk and third-placed Cristiano Ronaldo to the most prestigious individual accolade in world football.

Messi's win, announced at a ceremony in Paris, is his first since 2015 and moves him one ahead of long-time rival Ronaldo.

Luka Modric ended the pair's monopoly 12 months ago but even a Champions League triumph for Liverpool defender Van Dijk failed to keep Messi from reclaiming his crown.

The brilliant Argentina international continues to uphold near-unparalleled standards a decade on from his maiden Ballon d'Or victory.

Messi's winner against Atletico Madrid on Sunday was his 41st goal in 44 club appearances in 2019.

He has added 15 assists in that time and was LaLiga's top scorer last term as Barca cruised to the title.

In September, Messi was named The Best FIFA Men's Player for 2019, with Van Dijk in second spot and Ronaldo third.