Barcelona Unrest: Club Legend Fears For Lionel Messi's Future, Wonders If Superstar 'Has One Foot Out Of The Door' 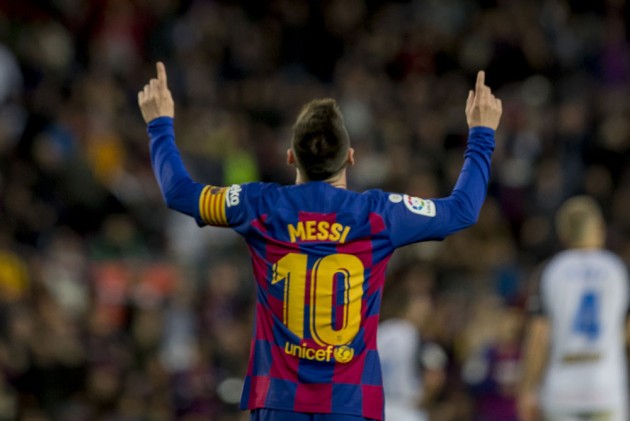 Lionel Messi looks like he has "one foot out of the door" following his public disagreement with Eric Abidal, according to former Barcelona winger Francisco Jose 'Lobo' Carrasco. (More Football News)

Barca director of football Abidal suggested some players were not working hard enough prior to Ernesto Valverde's dismissal as coach, a claim that provoked a response from the usually media-shy Messi.

Writing on his official Instagram account and specifically highlighting a section of Abidal's quotes, Messi said: "I honestly don't like to do these things, but I think everyone has to be responsible for their tasks and take care of their decisions.

"The players [are responsible for] what happens on the pitch and we are also the first to recognise when we are not playing well.

"Those responsible for the area of sports management must also assume their responsibilities and especially for the decisions they make.

"Finally, I think that when talking about players we should give names, because if not we are all getting dirtied and feeding things that are said but aren't true."

The spat does nothing to quell fears Messi has become tired of a perceived lack of leadership at boardroom level and will look to leave Camp Nou at the end of the season.

And Carrasco, who spent 11 years at Barcelona and won LaLiga in 1985, would not be surprised to see the six-time Ballon d'Or winner seek a new challenge.

"In all the years I've been watching him, and have loved the way he plays, it's the first time Messi has looked to me like he has one foot out of the door.

"I've never had to say that before."

Barca are next in action on Thursday in the Copa del Rey quarter-finals against Athletic Bilbao – coach Quique Setien is due to address the media in his usual pre-match news conference on Wednesday, with the comments of Abidal and Messi likely to be high on the agenda.