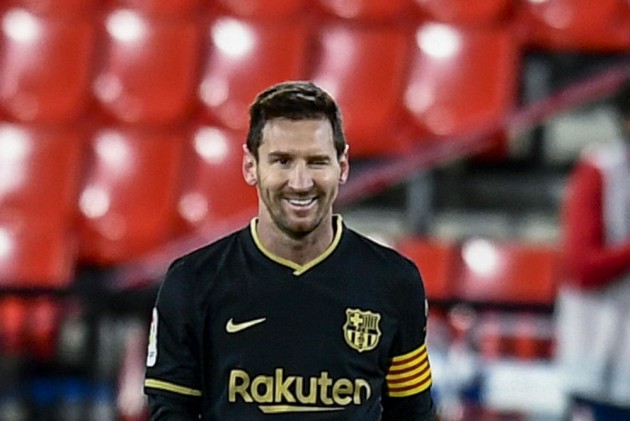 Lionel Messi will have the final say over whether he plays a part in Barcelona's Supercopa de Espana final showdown with Athletic Bilbao on Sunday. (More Football News)

The Argentina international missed Wednesday's penalty shoot-out victory over Real Sociedad in the semi-finals due to what was described as "discomfort".

He trained individually on Friday and then with the rest of his team-mates on Saturday, though Koeman is unsure if his star man will be available to face Athletic at Estadio La Cartuja.

"We will see. The player himself always has the last word," Koeman said at his pre-match news conference when asked if Messi will play.

"We will wait until Sunday morning to see how his body reacts. We are hopeful he will be available tomorrow.

"If you have the best players in your side, you always have a better chance of winning. We are talking of the number one player in the world.

"With Leo the team is stronger in terms of creativity and effectiveness, which we otherwise sometimes lack. We have a system in mind but it depends if Leo is involved or not."

Sunday's clash with Athletic presents Koeman with an opportunity to win his first piece of silverware as Barca boss.

The Catalan giants, who have won the competition a record 13 times, have had four days to recover for the game and Koeman feels his players are in good shape.

"The team is fine and happy to play the final," he said. "We are very tired, but we have had enough time to fully recover.

"A difficult game awaits us, against a rival who works hard and is very competitive. We have to try to play our game.

"It is always important to win things to know that we are on the road. We know that it is not the most important competition, but it is always something for any of us to celebrate.

"Winning shows us that we are on the right track. It will not be so decisive, but good for the confidence and to show that we have improved things.

"It is another game to show that we are a strong team and that we fight every game. We will find an opponent who will have all their players ready."

Athletic are 13 points below Barca in LaLiga but Koeman is wary of opponents who knocked out Real Madrid to reach the final.

"It is a demonstration that tomorrow everything is possible," he said.

"If Athletic are as competitive as they were [against Madrid] then it can make for a complicated game. They were effective against Madrid and deserved to go through."

While Barca are gearing up for a cup final on the field, matters off it also remain a hot topic of discussion.

It was announced on Friday that the presidential elections, originally scheduled to take place this month, have been pushed back until March.

That delay means Barca are no longer in the market for new players, ruling out a rumoured move for Manchester City defender Eric Garcia, but Koeman fully understands the situation.

The Dutchman said: "I have to tell you that I'm fine, happy. I know perfectly well the financial limitations of the club. If that is not possible, we will go ahead with what we have."