Barcelona Vs Bayern Munich, Live Streaming: When And Where To Watch UEFA Champions League Football Match 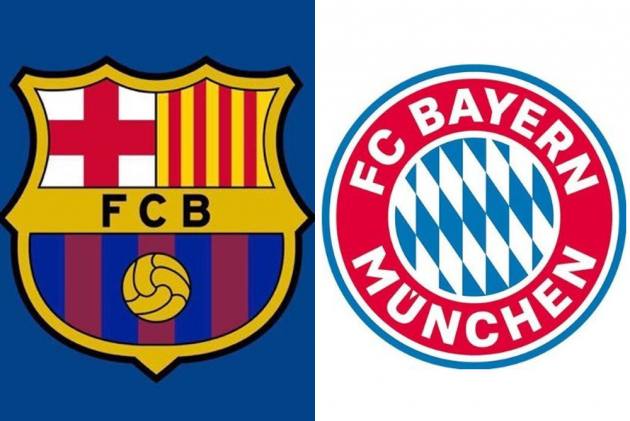 Former champions Barcelona and Bayern Munich start their UEFA Champions League 2021-22 campaign with a mouth-watering clash at Camp Nou. Hosts Barcelona are still coming to terms with the loss of their messiah, Lionel Messi, while Bayern Munich are starting a new era under young manager Julian Nagelsmann. (More Football News)

The Group E meeting will test Barcelona's ability to compete in Europe without Lionel Messi and Antoine Griezmann. And they have Bayern for the bow, a team that dealt the La Liga outfit their most humiliating defeat in recent memory.

That 8-2 shellacking Bayern Munich handed Barcelona in the 2020 Champions League quarterfinals marked the beginning of the end of the Messi era. The financial troubles that kept Barcelona from re-signing Messi also forced it to loan Griezmann back to Atletico Madrid.

Now with Sergio Aguero also out due to injury, Ronald Koeman has to find a way to account for the 58 goals the two forwards scored last season. That task falls to Memphis Depay, who has made a promising start at Camp Nou with two goals in three La Liga matches.

Koeman should also have Spain standout, Pedri Gonzalez, back in his lineup after the young midfielder rested for two weeks after playing both the European Championship and the Tokyo Olympics.

For Bayern, it's more of a continuation from what Hansi Flick had done with the Bavarian gaints with Robert Lewandowski still doing what he does best - score lots of goal. The Poland star is recovering from a groin problem sustained in Saturday's 4-1 win over Leipzig. But he is fit to start the match.
Serge Gnabry has traveled with the squad but is an injury doubt after hurting his back in the same game.

In another Group E match, Benfica travel to Dynamo Kyiv as they make a return to Europe's elite. Both the matches start same time.

This will be their 10th meeting in the Champions League. Bayern Munich lead the head-to-head record, 6-2. One match ended in a draw. Barcelona's last win against Bayern was a 3-0 victory at home in the first leg of 2014-15 semi-final.

Dynamo Kyiv vs Benfica match will be streamed live on SonyLIV.