Barcelona Vs Celta Vigo, Live Streaming: When And Where To Watch La Liga Football Match 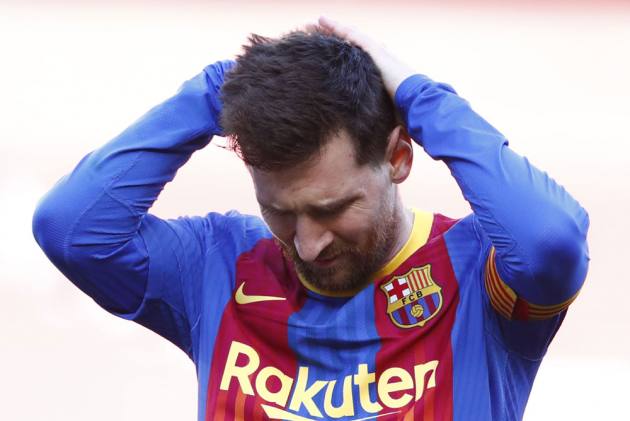 Barcelona's La Liga title hopes have dwindled after one win in their past four matches and could be over tonight as leaders Atletico Madrid and defending champions Real Madrid also take the field on the penultimate day. (More Football News)

Atleti will win if they beat Osasuna at home and Real Madrid fail to win at Athletic Bilbao. Diego Simeone's Atleti hold a two-point advantage over defending their Madrid neighbours. If they finish on same points, Zinedine Zidane's Los Blancos retain the title on the head-to-head tiebreaker, as they have a win and a draw against Atleti. Real also have the advantage over Barcelona with a win and a draw. In Atletico-Barca, ATM hold the advantage thanks to their 1-0 win and 0-0 draw.

For Barca, even to bring in the tie-breakers into play, they first need to win their remaining matches against Celta Vigo and Eibar, and pray for both the Madrid teams to slip up, which is very unlikely. Powered by former Barca star Luis Suarez, Atleti are unbeaten in seven matches, and they are determined to end the Real-Barca duopoly in Spain. Also, Real hit four against Granada to revive their title defence after Champions League elimination.

So, Barca, to keep themselves in the reckoning, need to first beat Vigo and pray for favourable results elsewhere. All eyes will be on Lionel Messi, as usual.

For Eduardo Coudet's Vigo, the fight is for a top-six finish and Europa League spot. They are currently 8th with 50 points, six behind fifth-placed Real Sociedad.

In the first leg, Messi and Ansu Fati scored at Balaidos for a 3-0 win.